This deck is obviously based around the hog as your main offensive unit. You will want to do a lot of solo hog pushes as you cycle through your cards in order to bypass your opponent’s defense. No units should really be combined with hog except the ice spirit. Log or tornado should always be at the ready with your hog so you can clear away any defensive troops.

The log and tornado can mostly be used for both offense and defense but the lightning needs to be used solely for offense. If your opponent plays a musketeer, wizard, witch, or another unit of similar health, the lightning should be used to take out the unit as well as damage the tower.

Within this hog executioner deck, the knight is your primary defensive unit. The knight can take out a whole range of units for only three elixir. The best combo in this deck is the heavenly executioner-tornado which can tear apart big pushes by grouping the troops for the executioner’s deadly blade. Your last two troops are skeletons and ice spirit which can be used for defense or for cycling. A few skeletons and a spirit can go a long way towards stopping a push.

So as I mentioned before, one of the keys to this deck is having quick hog pushes to slowly chip down your opponent’s tower. Here are some pushes you can do with your hog (from least expensive to most expensive)

All of these pushes can work super well from you, but personally I prefer the hog with the predictive log!

Of course, if your opponent is constantly countering your hog with a cannon don’t play a log. But if you are seeing a goblin gang or skeleton army show up time and time again to shut down your hog, playing the classic hog log combo can do unheard of damage upon the tower. Just figure out what works throughout the battle against your opponent’s specific deck!

Out of any combo in Clash Royale, tornado-executioner has GOT to be the most powerful! The tornado lines up all the troops while your executioner can shut them down with some severe damage to infinite amounts of troops. You have to utilize this combo to shut down big pushes since there is no defense in this hog executioner cycle deck. First off, you want play the tornado to group together all of the troops that will be coming towards your tower.

You can kill hoards of troops with this combo so make sure to utilize it well. Don’t waste the tornado on spear goblins or singular units. Use it to clump together big pushes where your executioner can damage them all.

How to Counter Popular Decks

Hog-Goblin Gang Cycle: The goblin gang has been on the rise ever since it came out and when paired with the hog it is a formidable combo. Simply log the goblin gang while damaging the hog and put in skeletons to clean up the hog rider! 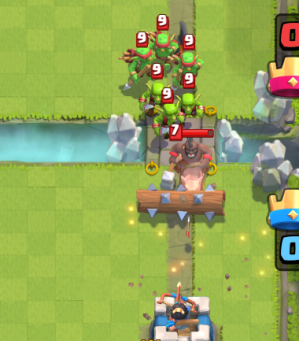 Golem Beatdown: Without the inferno in this deck, it makes dealing with the golem kind of hard but you can still take it down! You need executioner positioned so it targets golem and baby dragon while the knight chips away at the golem.

Bowler-Graveyard: Just like golem beatdown, you want to counter this push with the knight and executioner. Have the knight distract the bowler up top while the executioner clears the skeletons from the graveyard.

LavaLoonion: Despite having tornado and executioner, lavaloonion is hard to counter due to lack of air troops in this deck. Regardless, you still want to use executioner and tornado to beat this combo. 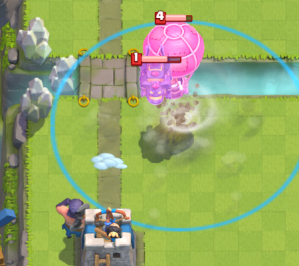 That’s going to do it for our guide on this awesome hog executioner cycle deck in Clash Royale! I hope that you guys can use this deck to push past your high. Thanks for reading and comment below what kind of deck you want us to cover next!