Mass baby dragons are one of the strongest attacking combinations in Builder Base and is extremely OP at BH5! This attack strategy is one of the best way to two or three star at Builder Hall 5. I’ll be teaching you guys how to win with mass baby dragons at BH5 today! Before you attack in any game, regardless if it is Clash of Clans or not, you should always plan out your attack. There is a reason Clash of Clans gives you a minute before your attack begins! Planning out your strategy for attacking can help you realize where you should be attacking from and other miscellaneous items that might earn you a few extra percentage points. Let’s go ahead and plan out the attack for the base I’ll be attacking in this strategy guide. 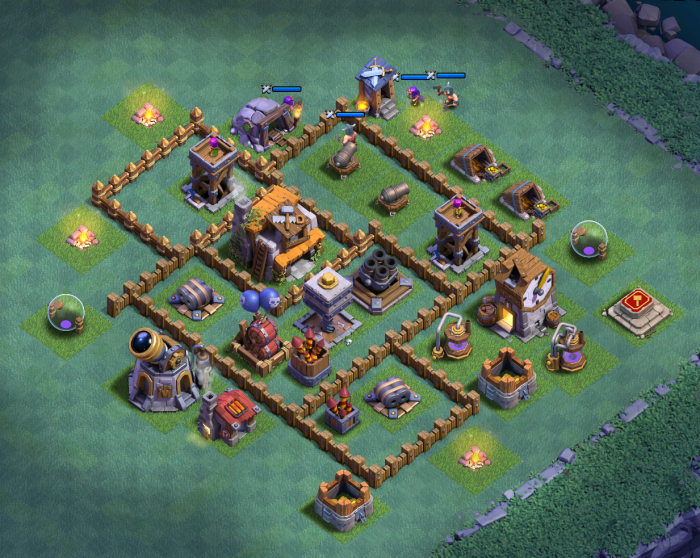 So the first big detail, that should jump out at you when you glance at this BH5 base, is that ALL the air defense buildings are located on the bottom part of the base. Because of this, it really gives you two options for attacking. First off, you can attack from the bottom, attempt to rush the firecrackers and air bombs, and, if successful, probably pull off the three star attack. However, this is pretty risky, since there are likely a bunch of air mines protecting that area of the base.

As the other option, you can attack from the top of the Builder Hall 5 base design and almost certainly get a two star. Without any of the air defenses attacking your baby dragons, it will be easy to get the 50% and the Builder Hall. In order to guarantee I get two stars, which is usually enough to win the versus battle, I’m going to be attacking from the top!

I’m not going to have to deal with any firecrackers or the air bombs, but I still will have to take out a few archer towers and the guard post, both of which are more than enough to decimate my baby dragons if they don’t fall early. Therefore, I need to take action before dropping in my baby dragons.

Send in your Battle Machine

Since the battle machine is such a tanky unit, you can use your master builder to take out the guard post and draw fire from the two archer towers. Once those three buildings are distracted or destroyed, nothing can touch your baby dragons! 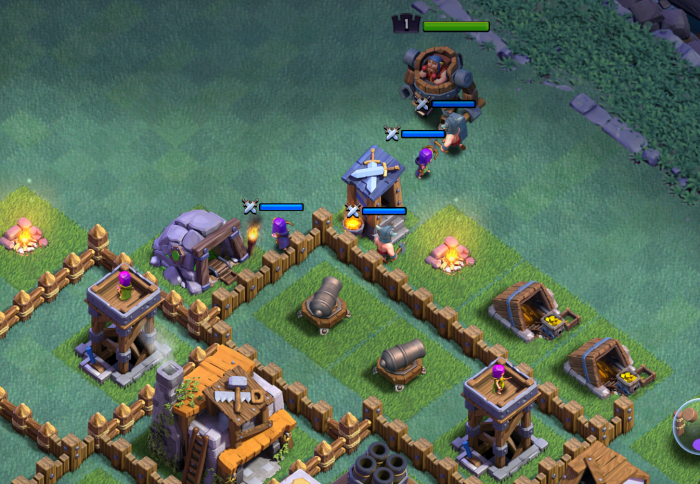 Once the guard post troops are gone and the archer towers are focused on your battle machine, it is safe to go ahead and start deploying your baby dragons to go for the two star!

Spread out your Baby Dragons

One of the key characteristics of the baby dragons is the rage effect that takes place when the baby dragon isn’t around any other air troops at the time. The rage is exactly why you shouldn’t group your baby dragons together when going for the first star (50%) of this battle. Play a baby dragon on every 2-3 buildings, ensuring that they will have room to destroy those buildings, but still close enough together that all the outside buildings get taken out. 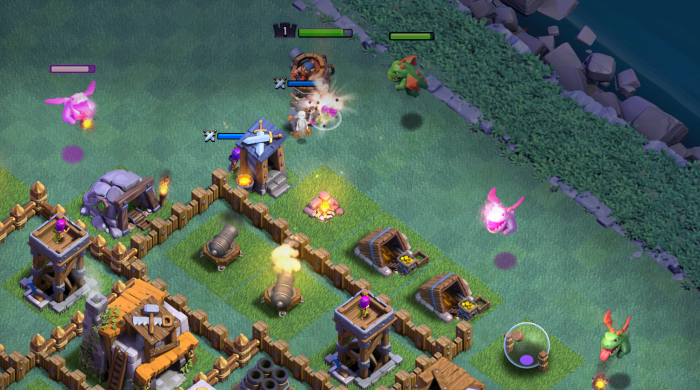 On your first deployment of the baby dragons, don’t use all of them at once! If you deploy all of them, chances are they will end up grouping together and heading around the base, completely avoiding the BH sitting in the middle.

Go for the Two Star

This is the part of the battle where you go all in to try and rush the Builder Hall. Hopefully, your other baby dragons and battle machine have done enough damage to allow you to grab the first star, so now your focus needs to be on grabbing the second.

Even though they won’t get the rage spell effect, the only way to reach the BH is to group your baby dragons. The first wave of BDs should have cleared a path so your second wave of dragons can reach the Builder Hall with ease. Drop your remaining baby dragons on a path so they will be headed directly towards the BH. If you are able to get 3-4 of them locked on to the building, it should fall no matter what ends up shooting them! 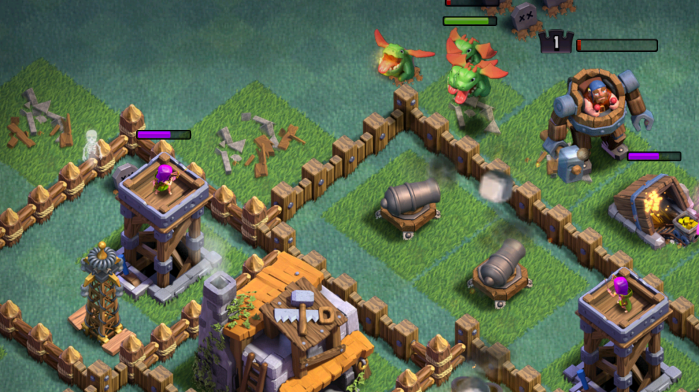 That’s all you’ve got to do in order to gain that two star, and hopefully three star, when attacking with mass baby dragons at Builder Hall 5. This attack strategy is by far one of the strongest at BH5, so you should be fairly successful as long as your baby dragons are a high level. That’s all we’ve got today for our Clash of Clans strategy guide, but thanks for reading and comment down below what strategy you want to see us cover next in Clash of Clans, home village or Builder Base!