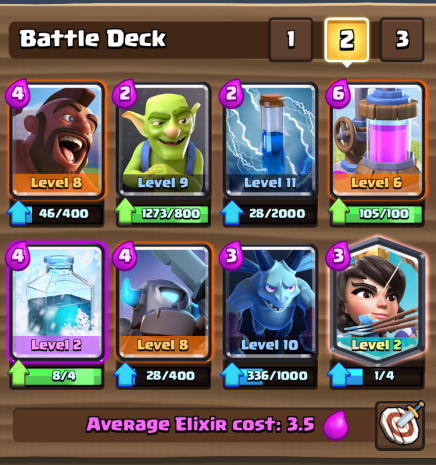 The whole purpose of this deck is to get the hog on the tower with some support units and then freeze all defending units! From the beginning of the battle, you want to start pumping up with your elixir collectors. Don’t show your freeze right away, but wait until the end of the battle so it completely surprises your opponent. For offense, you want to consistently make small pushes (hog+goblins, hog+minions) to chip down your opponents tower until you can finish it with one freeze push.

Elixir Collector: Ideally, you want to start off the battle by beginning to pump out a bunch of elixir. With an elixir collector play at the beginning, you will already start gaining the elixir advantage in this battle, while still have 4 elixir to defend any quick pushes your opponent might begin with. 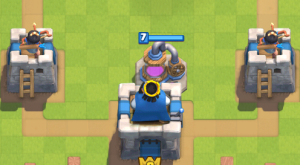 Mini-P.E.K.K.A.: If you are unlucky enough to not have the elixir collector up, then a mini-P.E.K.K.A. in the back behind your king’s tower is the next best play. This will provide the opportunity to push while giving defense. Also the the mini-P.E.K.K.A. can’t be killed by a spell, meaning your opponent can’t play a rocket on your arena tower. 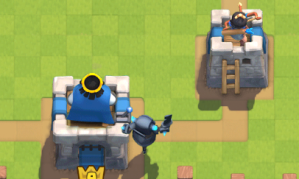 What is the Main Push? 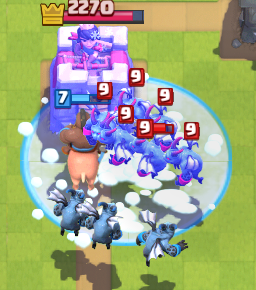 Obviously, you want to combine your hog with something for this main push. Here are the final pushes that will work the best for you, depending on how much elixir you have stored up (all with the freeze)

Any one of these pushes will do insane damage to your opponents arena tower, you just need to know how to time and when to use your freeze spell, which is the most important and scary card within this deck.

Knowing When to Use your Freeze

Like I have said before, knowing when to use your freeze spell is the most important part of this deck. If played wrong, it can give you a huge elixir disadvantage and lead to a great counter push by your opponent. However, when used right you can annihilate a tower with your troops that aren’t being killed. You should always save your freeze so it is a complete surprise when it is played.

You need to know what to freeze to give you the most possible value from the spell. Freezing 1 elixir skeletons simply isn’t worth it, since they can be countered with cheaper cards! 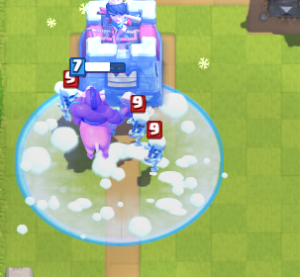 Ideally, you want to play your freeze against something that is high elixir and high damage so that it can’t take out your hog. Also if it is a high elixir card, then your opponent won’t be able to play any cheap cards after the freeze goes down. 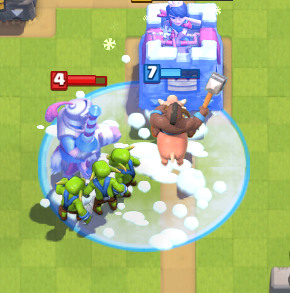 Just play smart and don’t force your freeze spell when you don’t need it!

By defending the most popular pushes in Clash Royale, you can basically ensure that you don’t lose. In this deck, there is counters to basically every meta combo right now. Lets run through the 4 most popular and see how to stop them.

Ice Golem-Hog- While you will take some damage on your tower, playing a solo min-P.E.K.K.A. is the best way to take down this combo. The mini-P.E.K.K.A. will easily survive, making a full counter push ready after your opponent has little elixir. 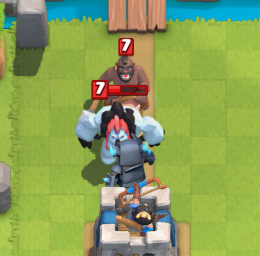 Bowler-Graveyard- This meta deck is full of counters to bowler graveyard, but the best two cards to use are mini-P.E.K.K.A. on the bowler while you place minions to clean up the graveyard. With these 2, you gain 3 elixir and will take practically 0 damage on your tower. 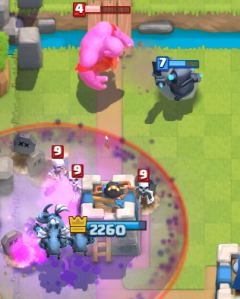 LavaLoon- LavaLoon is still very strong within Clash Royale and probably the hardest combo to counter with this deck. Still, as long as you make sure your minions are on the balloon and your princess is dealing splash damage, you should be completely fine. 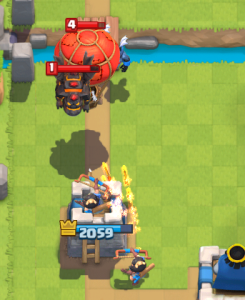 Royal Giant-Minions- Lastly, we have the royal giant minions combo which has grown in popularity recently. This is tough to take out, but you need to make sure your princess is targeting the minions and not the royal giant. A mini-P.E.K.K.A. on the royal giant will make sure that doesn’t do too much damage. 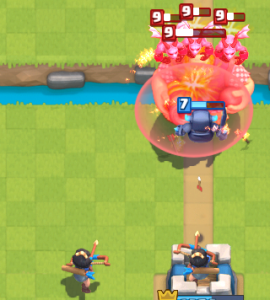 Here’s a video by our YouTube channel showing the deck gameplay better than words can describe! Enjoy!

That’s going to do it for our 5th meta deck in our series! Thanks a ton for reading and I hope that you guys can find some success in this deck as well as the top players in Clash Royale. Come back soon for more Clash Royale strategy and decks!