Builder Hall 3s or BH3s need a solid attack strategy to win in versus battles in the Builder’s Base! The best attack strategy at BH3 in Clash of Clans is a combination of boxer giant and sneaky archers, the classic tank with support troops combo which can get you three stars with ease in Builder’s Base. So to master this boxer giant-sneaky archer strategy, we have to walk through each and every step of the strategy! Let’s start with the basics and move through to troop placement and timing!

First off, we need to know the troop combination for this attack strategy to work. Since you get three army camps at BH3, you can fill with three different types of troops. However, you only want to use two types, giants and archers! Fill one of your camps with giants and the other with archers, giving you a total of 2 giants and 12 archers! 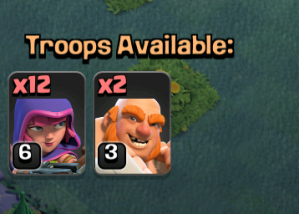 While your giants are a bit on the low side, you need archers more; the giants just serve as a distraction for defenses while the archers are going to wind up doing the real damage.

Use Giants to Take Out Outside Defenses

Since you do need those giants to tank for the defenses, you want to send the boxers in first, primarily on defenses located outside the walls that will be easy to kill.

These giants will be able to easily take down a defense without costing too much damage. It will make beating the base much easily, especially if you attack from that side.

Use Archers as Defense Killers

Since you only do have two boxer giants, you have to use archers as defense killers sometimes. But don’t worry, the sneaky archers make the perfect sneak attack due to their invisibility within the first couple seconds of placement. Just play a few so that they target a defense and that is one less liability you have to worry about, without losing a single troop.

Now that you have cleared the outside of defenses, it’s time to invade the meat of this base. This is the part of the battle that is critical to your success! You want to have your giants positioned in front with the archers untouched in behind, where they can wreck havoc upon the base, without having to go into the fray.

Eventually, your boxer giants will die off and you will be left with no tanks for your archers. That’s alright though, because a few of these sneaky archers is more than enough to take a few buildings or the Builder Hall! At this point, you just want to have positioned your archers so that they funnel into the base and are working together to take down buildings. Spread out archers will do nothing for the overall damage of the base…. get them into a mass!

Now, lets discuss winning. Obviously, a three star would be absolutely amazing to get, but it rarely actually happens. Usually, you want to be shooting for a two star, but if you can’t take the BH that’s ok! As long as you get a high percentage one star (60%+), you will probably win. Aim for the two star, but try to pick up as many percentage points as you can get. For example, if there is a building unguarded, play one archer to snipe it down, gaining you a couple of percentage points!

And it is easy as that to win at Builder Hall 3 with a combo attack of boxer giants and sneaky archers. Really, it comes down to understanding the troops’ strengths and their special abilities. I hope that you guys learned a lot on how to get those versus battle wins with this attack strategy. Thanks for reading and comment below what strategy you want to see covered next!