As new content for Town Hall 12 continues to be introduced, many YouTubers are accidentally leaving leaks in their videos. Many new levels of defenses and buildings have been leaked. In the TH12 footage today, this image was leaked from a barrack training screen. 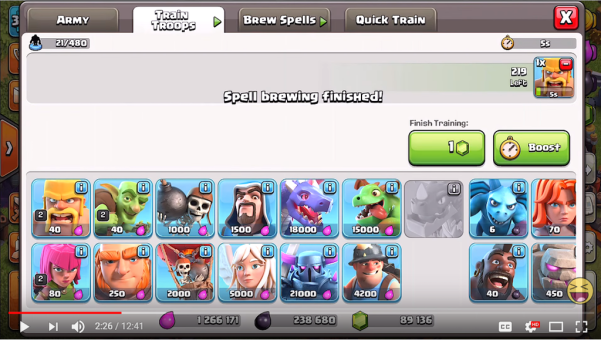 Now check out that thirteenth troop slot! The new elder dragon appears to be a mix between the dragon and golem. It also makes sense that this troop would be a dragon unit since the progression along the top bar goes dragon–>baby dragon–>elder dragon.

I’m super excited to finally see a new troop added to Clash of Clans. I’m a bit surprised it isn’t going to be a dark troop, but a normal elixir troop is fine too. Thanks for reading and comment below what your first impressions are of the elder dragon!