What is the Earthquake Spell?

How to Use the Earthquake Spell

The Earthquake Spell has many uses such destroying the last couple buildings to secure the 50%. That is what everyone originally believed it was going to be used for! However, Supercell actually intended the Earthquake Spell for a completely different purpose as well.

The Earthquake Spell deals 4x damage to walls, so similar to a jump spell, it allows you to get by walls. However, it opens a whole section of walls, and it doesn’t expire. 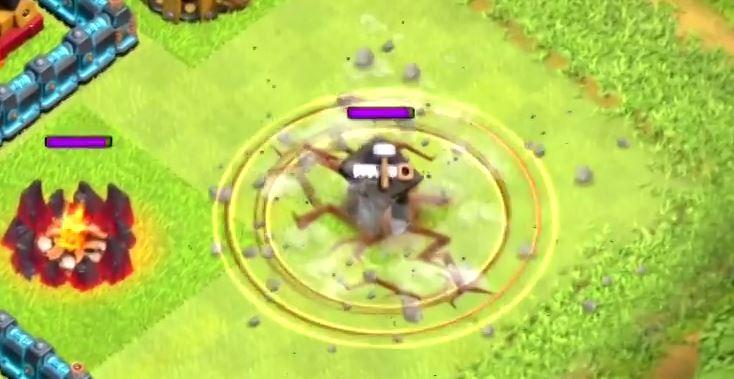 So in the two ways listed already, there isn’t a better one to use. You should differ it based on the strategy that you are using.

In this case I would only bring 1 Earthquake Spell, so that you can get down those last few percentage points. Be very alert and try to remember which buildings don’t have a lot of hit points left on them.

Spell Composition with the Earthquake Spell

So really, you should only depend on this one if you have GoWiPe or GoWiWi trained. Here’s the spell compositions:

So that’s about it for the Earthquake Spell guide! Sorry for not posting lately, I’ll try to have the Haste Spell Guide out tomorrow!

13 thoughts on “Complete Earthquake Spell Guide in Clash of Clans”