There are three huge win conditions in this golem three musketeers deck, all with the potential to completely decimate a tower. First off, your primary win condition is the golem which will provide you with a much needed tank during battle. Try to put a couple troops behind the golem and let it soak all the damage. Next up, we have the three musketeers, which is a deadly card if you know how to play it. If your opponent brings fireball, rocket, or lightning, it is best to split the musketeers; if not keep them grouped together! Finally, we have a cheaper defensive-seeking card in the battle ram, which is great for small pushes when you don’t want to commit too much elixir toward the golem/three musketeers beatdown.

Also within this meta deck, we have three fantastic defense cards. Double minions have become quite popular over the last month as a support combo and this deck follows the trend. Use minions for cheaper pushes/cards and bring out the minion horde for a much bigger damage amount. The final defensive card in this golem-3M deck is the goblin gang, which is great against a whole lot of different cards. With no other answer to the ever popular hog, the goblin gang is the card to go with.

Of course, with a deck that has an average elixir cost of 5.0, we need to have the elixir collector in order to afford to play all of the cards in this deck. Start playing it early and build up that elixir so you can build beatdown pushes! The last card in our meta deck is going to be the zap which is a great card to have in any deck. Specifically for this deck, you want to have the zap in order to take out popular counters to the golem like the skeleton army and goblin gang.

Building Up with Elixir Collectors

Like I mentioned above, the elixir collector is a CRITICAL part to winning while playing this deck. A 5.0 average elixir deck is nearly impossible to sustain unless you have extra elixir pouring in from your collectors. Ideally, you want to play an elixir collector as soon as it comes up in your hand, cycling back to it whenever you get the chance. By the time double elixir hits, you need to have two elixir pumps down! 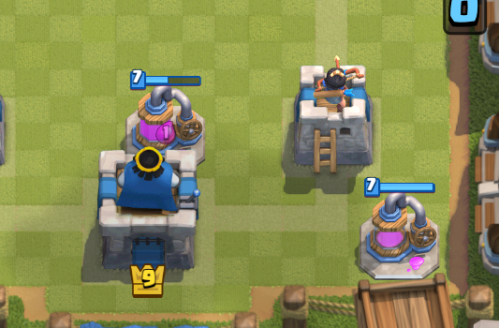 Having two collectors up will let you afford to build up your game-ending push of golem and three musketeers. Together, those two cards cost 17 elixir, so you need to be building elixir the entire game in order to be successful late in the battle.

While the focus of this deck is on the golem-three musketeers combination, having the battle ram within the deck allows you to conduct small, almost chip-like pushes onto the arena tower. These pushes are supposed to be cheap, utilized when you know you have a clear elixir advantage on your opponent. I’d recommend either pairing the battle ram with minions or hovering a zap over the battle ram’s path, ready for a skeleton army. 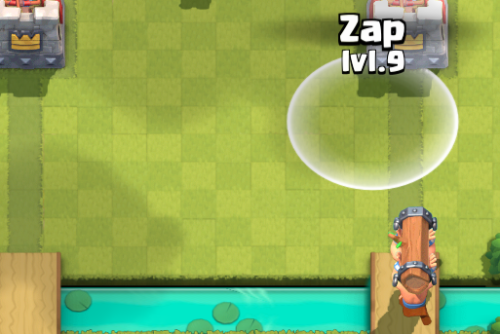 If you are able to get a couple of these pushes in a game, then it will make the job of the golem and three musketeers much easier when it is time to go with them for the final push of the game. A battle ram connection onto the tower means the difference between a loss and a win sometimes.

Let’s talk a little bit about the major push that should be used in this deck. The golem and three musketeers are the two most expensive cards in Clash Royale, but you need to combine both to kill this push. Therefore, you have to wait until double elixir time to pair them, otherwise you’ll won’t be able to afford them both or you’ll be open for a counterpush.

Once double elixir hits, you should have double pumps up, giving you a clear elixir lead. With this advantage, you’ll be able to pair together your two best cards so that you can dominate in the dying seconds of the battle! Place your golem behind your king’s tower and once you gather up 9 elixir, place the three musketeers right behind. 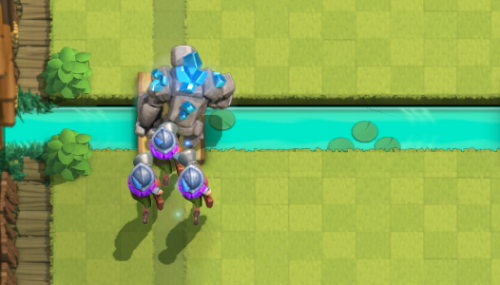 And with that, we are going to wrap it up for this week’s edition of the most meta deck in Clash Royale! I hope that you guys enjoyed this article and can use this deck to help you win out there on the ladder. Thanks for reading and comment down below what deck you are currently using in Clash Royale!