Brawl Stars is having a massive update here before the game goes global, and the entire March 2018 update has been leaked. While there is no Android or global release, we will be getting landscape mode, a new upgrade system, and Brawl Stars quests coming soon!

The biggest update for this March 2018 update to Brawl Stars is going to be a change to landscape mode from portrait mode. This means that instead of your phone or tablet being rightside up (like Clash Royale), it will be turned sideways (like Clash of Clans). Here’s a view of the new Brawl Stars landscape mode.

This looks a lot different from the original Brawl Stars and will definitely be taking a bit of getting used to. However, this mode will apparently make it much more fluid to play and easier to use joystick mode in the long run. Speaking of joystick, here are some of the leaked changes that will be coming to Brawl Stars’ most popular gamemode. 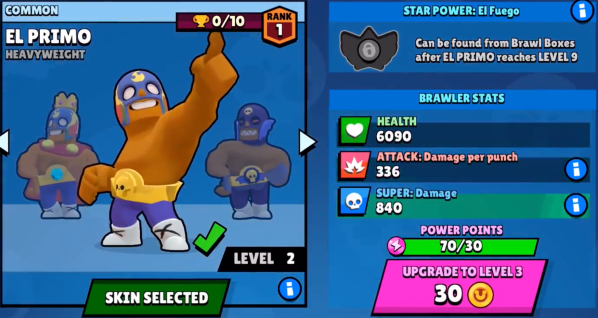 Unfortunately, we will not be seeing global release for Brawl Stars in the March 2018 update, but the Brawl Stars team said that it would be coming very soon with in the game. Hopefully we will see global release and Android release within the next two updates to Brawl Stars.

For the May or June update to Brawl Stars, the team indicated that e-sports and quests were being developed. Brawl Stars is a game made for e-sports, so having that in the game would be amazing. Quests would also work well, giving you another way to earn gold besides grinding out each new event.

Not a whole lot of new content in this update for Brawl Stars, but definitely some quality of life features that makes it so much closer to release globally. Thanks for reading and comment below what you think of Brawl Stars so far!