A new brawler by the name of Carl and a new game mode called siege have been leaked for the Brawl Stars March update! Brawl Stars has a “Brawl Talk” planned for tomorrow, during which they always share update news. This new update was leaked before Brawl Talk could be released though, announcing both Carl and siege gamemode into Brawl Stars during the next update.

In part of the hype for the new Brawl Talk coming, Brawl Stars released the following photo, clearly leaking a new brawler that would be coming into the game. 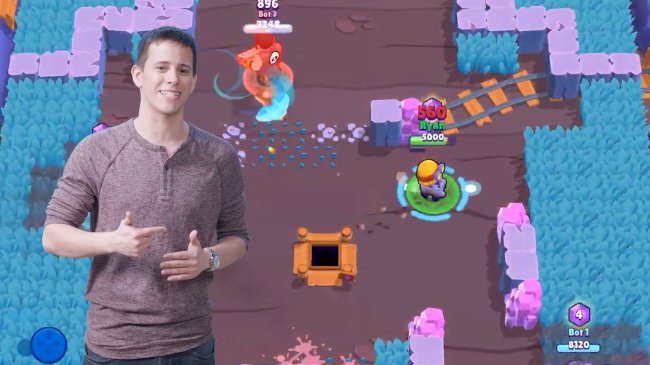 However, we knew absolutely nothing about this new brawler, except this vague image of what he looks like. However, later, Brawl Stars made a huge mistake and preceded to leak the entire update to the App Store!

The most exciting new thing coming in the update is definitely Carl, who will be the newest super rare brawler to join the game. A boomerang throwing brawler should definitely add some new gameplay into all gamemodes. Also, the super ability sounds a lot like a tornado, which should be a new take on the traditional Darryl roll.

Along with Carl, the new brawler, the new update also mentions the new siege gamemode, which sounds sort of like heist, but with a different little twist. It is always great to see new gamemodes be released in Brawl Stars for fresh play.

Also, it appears that we will be getting balance changes, as expected, as well as quality of life changes and new maps, which are sure to shake up gameplay. Hopefully, you’ll be able to sort brawlers by trophy count!

So, with one single leak, we now know the entire March 2019 update for Brawl Stars! I’m really excited about Carl and about the quality of life changes and balancing. Thanks for reading and comment below what you think about this Brawl Stars update!