Bats are finally here in Clash Royale, becoming the newest card to enter the game. Bats have come off as a very strong defensive card, through their gameplay, strategy, and decks. Today, I’m going to be sharing with you guys some of the best bats decks in Clash Royale and the strategy behind those bats decks.

The most obvious deck for the bats to work in is a LavaLoonion deck! Basically, you are going to sub in bats for minions, making the expensive LavaLoonion deck a bit cheaper. Basically, you want to play offense just like you usually would, with the lava hound and balloon being your main offensive units. You should use the bats as a cheap defensive troop ONLY in this deck, letting them conquer small units, but also assist with taking out big tank units! 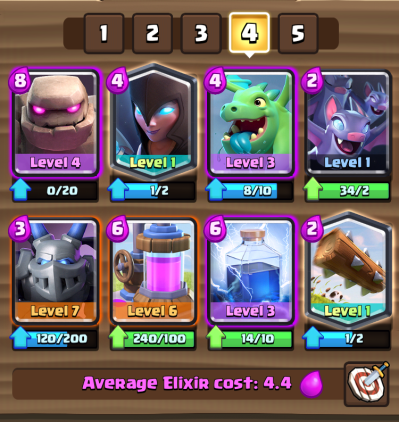 With the night witch in this bats deck, you are going to have double bats! In this deck, the bats are going to serve a very diverse purpose, working as both an offensive and defensive unit. Obviously, you are still going to want the golem in any push you do with this deck, but don’t be afraid to throw the bats in there to help out supporting and attacking the tower. On the other side of the arena, you should have the bats as defense for basically any push! With an air support heavy deck, the bats play multiple roles. 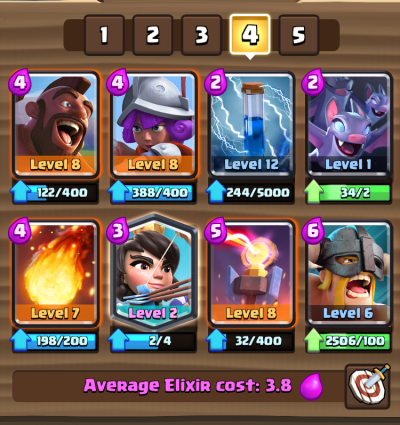 Lastly, we have a quick deck that is almost perfect for bats! What could be better than a fast two elixir card than a hog cycle deck? Unlike the last two decks, the bats here have a very strong presence on offensive, combining with the hog for a killer 6 elixir push that often can devastate a tower. Of course, don’t be afraid to use the bats on defense, as that is there primary purpose in Clash Royale. Combining the hog with the princess along with the bats makes for a stellar push that can shut down most defensive cards!

Those are 4 great decks for using bats to the best of their ability. The bats really are one of the best support cards in Clash Royale at the moment so you have to taken advantage of her before a possible nerf occurs. Almost any deck will work great with the bats, pushing you well up in trophies. Thanks for reading and comment below whether or not you have unlocked bats yet!