This LavaLoonion deck differs from the original with 3 cards. The difference? Baby dragon instead of minions, elixir pump instead of tombstone, and skeletons instead of skeleton army. The baby dragon adds more splash damage, along with not being a target of splash damage. With LavaLoonion being so expensive, the elixir pump allows you to build more elixir, but it does leave you open for quick hog rider attacks. Lastly, skeletons will drive down the overall elixir cost of this deck, but it does make it harder to counter several cards since you don’t have as many skeletons deal damage.

As for the 5 original cards, they are pretty much standard for a LavaLoonion deck. First off, you need lava hound and balloon as your two main offensive cards. You can use them together to be the most effective, but apart they can still do massive damage. Zap and fireball are two pretty popular cards, the zap can be used for damaging minions or killing spear goblins while an overleveled fireball can kill popular counters like musketeer or wizard. The mega minion needs to be played as support here, working to take out minions or a baby dragon that might be played to take out your push. Also, its a great defensive card.

One of the absolute keys to succeed with this LavaLoonion deck is to constantly be pumping up with your elixir collectors. If you can, play one right at the beginning of the battle, trying to play the collector every time it appears in your hand. 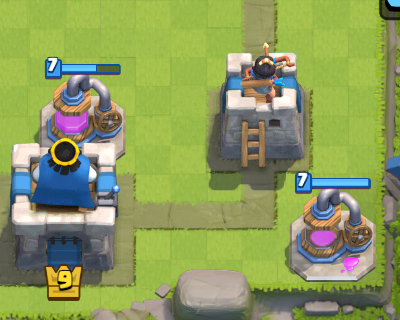 Ideally, you want to have at least 2 collectors down by double elixir, which will basically seal the win for you. You can be pumping out so much elixir that your opponent will simply be overwhelm. Make sure not to play an elixir collector once you hit double elixir as that will be a waste of elixir since time will run out before the collector does.

So throughout the attack, you should be playing the lava hound and balloon onto the tower, trying to get a little bit of damage here and there. One balloon hit or one uncountered lava hound burst can generate a lot of damage for you. However, when it comes into double elixir, you want to have one massive, game ending push that will build up to have double offensive and double support units!

This push involves playing the lava hound and balloon for sure, but having the baby dragon and mega minion along for the ride will basically win the game for you. Here are every troop’s roles in this big, main push:

Lava Hound: Main tank. Everything should be targeting this, so your other cards don’t take damage.

Balloon: Main damage dealer. Do everything to get this baby to the tower.

Baby Dragon: Splash damage defense. Great for taking out minions or minion horde that might be played to counter.

Mega Minion: Single damage defense. Great for taking out musketeer or executioner that might be played to counter.

If you have enough elixir, have fireball or zap at the ready, to help try and clear the scene of any cards your opponent may play to take down your push.

Royal Giant-Minions: Royal giant minions is a tough combo to beat, especially when there is no defense in this deck. You want to play baby dragon and mega minion to take out the minions and then have them turn to the royal giant. 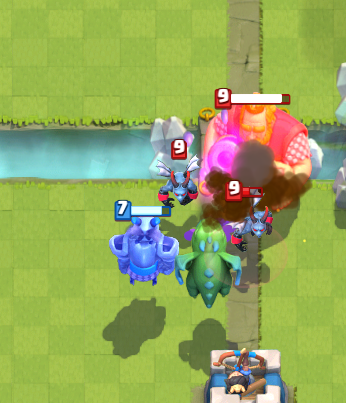 Elite Barbarians-Hog: This push is extremely scary and will do damage to your tower since this LavaLoonion deck features almost no ground units. Play skeletons, mega minion, and baby dragon ASAP to start loading on the damage.

LavaLoonion: How to counter your own deck? First off, play baby dragon and mega minion on the the balloon so that goes down first. Then they will turn to the LH and help take that troop down.

Electro Wizard-Graveyard: This combo is on the rise, but luckily this LavaLoonion deck has the perfect cards to counter. First off, play a mega minion to take care of the electro wizard, then play baby drag plus skeletons in the middle of the graveyard for the shutdown!

That’s going to do it for strategy behind our tenth meta deck: LavaLoonion 2.0! I hope that this taught you guys some strategy behind the LavaLoonion combo and you can use this deck for great success. Thanks for reading and comment down below what deck you are currently using in Clash Royale!