Clan wars is finally here in Clash Royale, added in the April 2018 update, but it might seem a bit overwhelming if you don’t know what is going on. I’m here to explain every part of clan wars, from the rewards, to collection day and war day, and everything in between. Here’s your in-depth guide to clan wars in Clash Royale! Here are some basic facts about clan wars that you should know in order to participate.

Clan wars for Clash Royale is going to appear in the clan tab of the menu. It will be shown between the chat and friends tabs.

From this button, you can access everything that you need to for clan wars. This will hold the Collection Day and War Day attacks, as well as your clan league and rewards from clan wars.

Once you click on the war tab in your clan tab of the game, it will take you to this screen here, showing all of the different arenas together in some really neat artwork. 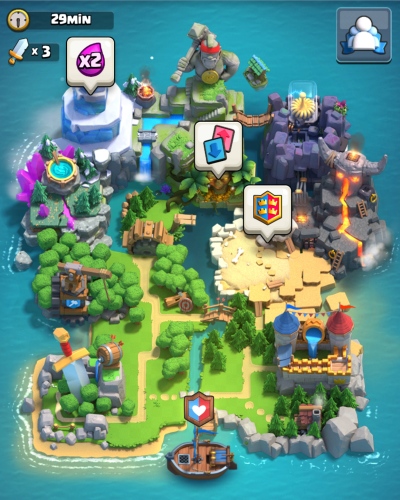 Once you click on the tab, if a war is started, you will be able to view the clan island. This will take us into the Collection Day part of this article, and the first day in the clan war process!

Once a war is started, the game will show the clan island, with all these different buttons on it. These buttons will include draft mode, 2v2, double elixir, and sudden death. You can participate in any of these gamemodes during Collection Day. First though, let’s get a bit of background on Collection Day.

Collection Day is the first part of the clan war where you can battle with your own cards and card levels. By winning battles during Collection Day, you can earn clan cards for your clans. These clan cards are used to build your war deck for War Day! 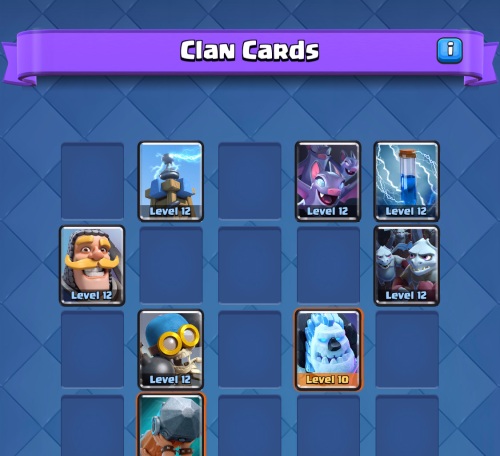 The higher arena you are in, the more cards you can earn for your clan. Once Collection Day is over, you can build a deck from the cards that your clan has won during Collection Day to play in War Day. 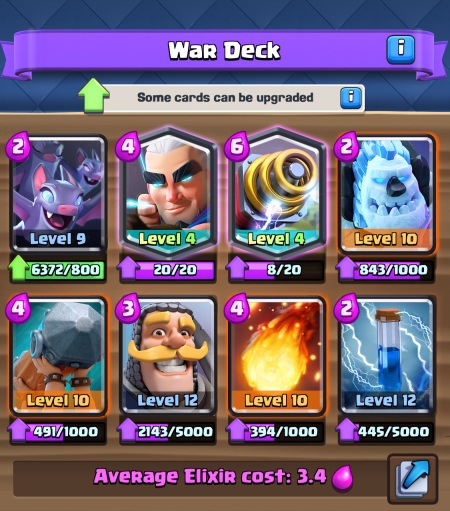 Once you reach War Day, this is when your attacks really count towards winning the war for your clan. While Collection Day wins will certainly help you, since they will ultimately earn you higher card levels, war day is the time to win.

You only get ONE battle on War Day, so make sure that one attack counts. You should probably practice many times with your war deck in ladder and challenges so that you can win during War Day. Keep in mind that you can only use the cards that your clan earned during Collection Day. Also, if your card level is lower than the one your clan has, you will have to use the lower level card.

During War Day, you will be going up against 4 other clans, with different tiers of rewards depending on how you place compared to the other 4 clans. Here’s the clan war island where all the clans go to battle! 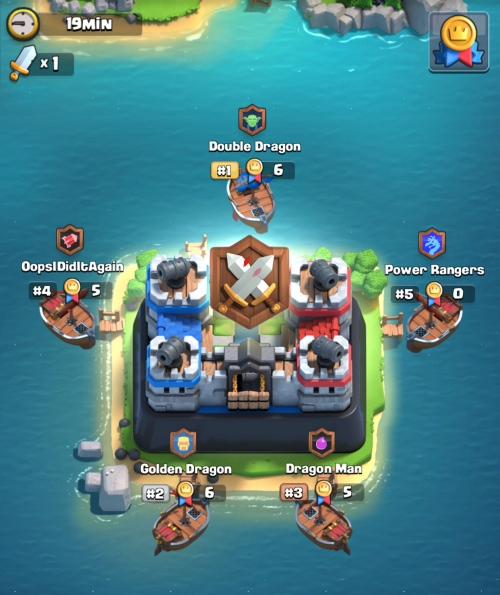 Ultimately, whichever clan has more wins against the other clans will end up winning the war and the rewards that come with it! Don’t worry though, if you place 2nd or even 5th, you will still get some rewards.

The rewards are ultimately the best thing about clan wars, giving you the make up cards from the removal of the clan chest. At the end of every clan season (2 weeks), you will receive a war chest that you can open for some pretty awesome rewards.

Right now, every clan in the world is in the Bronze League, the lowest league for clan war rankings. 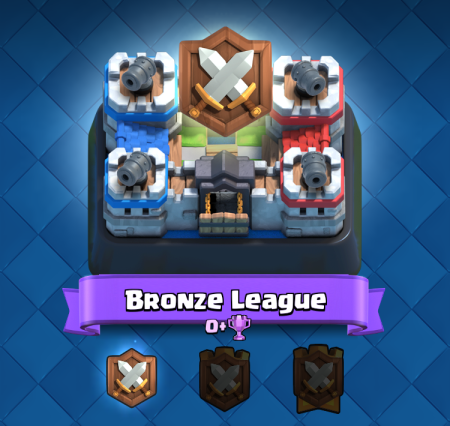 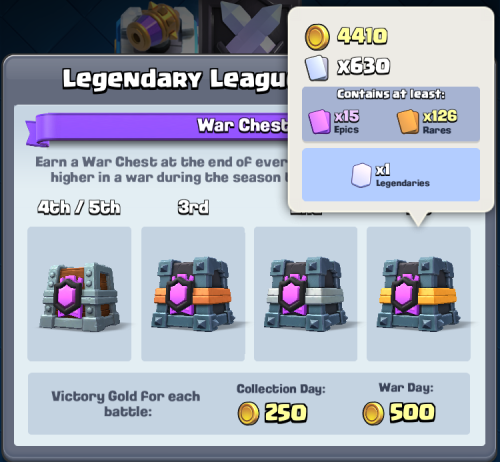 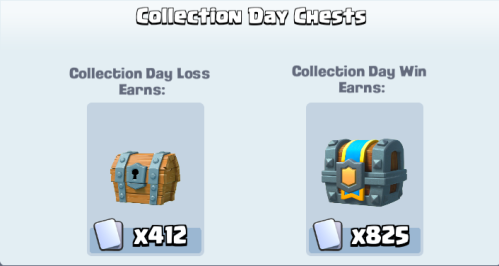 The whole goal here is to keep increasing your clan league in order to receive higher rewards and hopefully make it a little bit easier to win if your clan is really into war. I’ll have more out tomorrow about the different rewards from clan wars.

And that is going to wrap up our guide for clan wars. This new feature from the Clash Royale April 2018 update has been amazing so far, and I wish you guys luck competing in clan wars. Thanks for reading and comment below what you think about clan wars in Clash Royale so far!