So for nearly every clan chest (meaning every week), the Clash Royale team comes out with a new fun challenge that you can join for free. This week it is the triple elixir challenge. Now, for these special challenges, you usually get milestone wins with special rewards. This time, the rewards are purely gold, amounting to 93k if you are able to win 12. 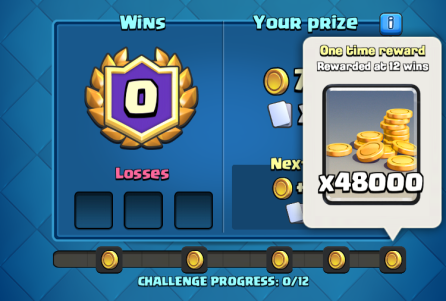 You will also get the typical chest that comes with these challenges, being about the size of a classic challenge chest. The rewards aren’t really what matters though; it is the fun with triple elixir that does! You have to have a great deck so that you are able to win the triple elixir challenge and take home the HUGE gold rewards!

So now that we know a bit about the triple elixir challenge, what decks are the best use in order to win this challenge? Well, as you probably realized, you are going to generally want expensive decks, since you are going through elixir SO fast. But, there are also some other good strategies to go with while playing this challenge. Here are the best decks for the Clash Royale triple elixir challenge!

Yes, we have to have one of the most powerful, yet most expensive decks, in Clash Royale at the moment in this mix. Obviously, the golem will offer you a lot of power since you have 3x the normal amount of elixir. You can probably get in a few good golem pushes, and since you have so much elixir, you’ll be able to support your golem pretty well too.

Next up, we also have a pretty common deck that you will see on the ladder. Triple elixir will be great for bridge spam, since you will be able to cycle through your cards so fast. Of course though, since you do have that 3x elixir, you can build up a big push with the PEKKA, allowing you to bust through the defenses when combined with the bandit and battle ram. The elixir pump will give you even MORE elixir!

While zap bait may seem a bit weird to have in a triple elixir challenge, it will actually work pretty well. Since it is 3x elixir, a lot of players will be bring the inferno tower and inferno dragon and will not waste a deck spot on zap or log when they are going to have to shut down big units. Therefore, a lot of spam units can quickly overwhelm their big, tanky defenses.

Last, but certainly not least, we have a spawner deck. A spawner deck is annoying enough during a regular battle, but due to the triple elixir, you will be able to pump out buildings like there is no tomorrow. A steady stream of troops, especially after it builds up, will be able to quickly take down whatever defenses your opponent uses to defend the spam heading towards them.

So those are 4 awesome decks that should allow you to dominate the triple elixir challenge in Clash Royale. Thanks a ton for reading and make sure to leave a comment down below with how many wins you ended up getting in this challenge!

6 thoughts on “Best Decks for the Triple Elixir Challenge”