The reason why this deck is the meta right now is because there are three completely different cards that you can use to win, the PEKKA, the miner, and the battle ram. The PEKKA is going to act as your BIG tank in this deck; the unit which as many cards as possible should be shoved behind. He is also pretty good on defenses against tanks like the golem and giant. Next up, the miner should be used for chip damage and as a smaller tank. You can throw together small pushes with the miner acting up front. Lastly, we have the battle ram, which is going to be the in-between for the PEKKA and miner. One connection to the tower from the ram is a great success!

This PEKKA miner deck has a whole bunch of tank cards, but you also get a bunch of support as well. The archers are quite the support card, especially when in combination with the PEKKA. Not to mention, the archers will also fair pretty well on defense against most cards. The cheapest troop in this deck is the ice spirit, which again, can be used on both support and defense. The ice spirit is great to combine with a PEKKA, freezing all the units it comes into contact with. And of course, where would any deck be without air support? The mega minion fills our flying role here, perfect against the balloon and splash damage cards like the wizard and executioner.

We’ve gone through all these troops, but how about the spells? In this meta deck, we are going to have two of the strongest spells in Clash Royale at the moment, the poison and the log. The poison is absolutely critical when playing a deck like this, since most of the cards here can get overwhelmed. You have the poison to take out troops like the skeleton army and witch so that your troops won’t get too distracted. If you need a faster kill than the poison, you also have the log for clearing away the goblin gang and princess FAST!

Many Different Types of Damage

As I mentioned above, the reason this deck is so strong at the moment in Clash Royale is because there are so many ways to deal damage to the tower. First off, you have the PEKKA, which can deal hundreds of damage with one shot, easily being able to take out an entire tower if it isn’t countered. While in theory, the PEKKA is great going in alone, the reality is that the PEKKA needs support units in behind or else it will become easily overcome by swarm units. 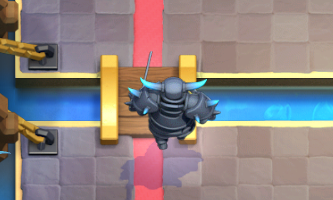 Next up, you also have the miner, which is a much cheaper way to deal damage to the tower. Unlike the PEKKA, the miner is meant to get a little bit of damage here and there, attempting to get as many swings in on the tower as possible. I would try to combine other troops with the miner so that he acts more as a tank than a damage dealer though. However, if you need a few hundred HP off the tower, the miner is the guy to turn to. Lastly, we have the final offensive unit, the battle ram. The battle ram is a big mix between the PEKKA and miner, having the ability to completely demolish a tower, but also giving you the ability to chip health off the tower through the ram’s impact. The battle ram works great both alone and with support units; just attack with it based off how much elixir you are sitting on. Building Up a BIG Push

While there are several methods to chip down tower health in this deck, the real way you are going to win battles in Clash Royale with this meta deck is by building up a large push, starting off with the PEKKA. Once you hit double elixir time, you are going to have elixir rolling in, which you can spend on expensive units like the PEKKA. Start off with a PEKKA behind your king’s tower, but as it walks forward, begin to add more and more support units behind. The other offensive units (battle ram and miner) also will pair well with the PEKKA. By the end of your game-ending push, you should have 4-5 units down on the map, rushing towards the end of the game! 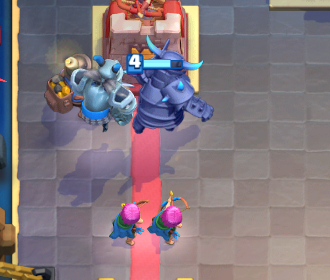 Poison Chip on the Tower

With spells, you always want to try and damage the tower with every time that you play them. The extra chip damage will really make it easier to finish off the tower, since you will need a few less hits onto it due to your poison spells. Of course, you don’t want to play a poison onto the tower, only damaging the arena tower. However, whenever a unit passes by, like the witch or minions, you should drop a poison spells to clear that unit, as well as get a few hitpoints off the tower! 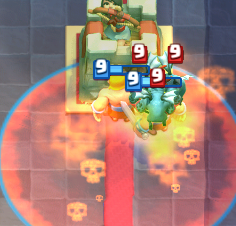 Hog Executioner: With this PEKKA miner deck, hog-executioner is VERY easily countered. To begin, play your mega minion to distract the executioner, while you drop an ice spirit and archers onto the hog. 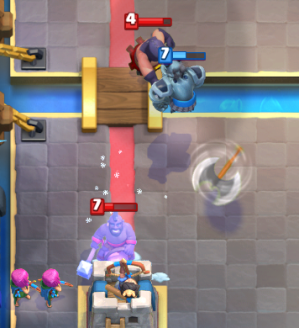 Golem Beatdown: When going up against this deck, it is tank vs tank! Play your PEKKA right on top of the golem, so that it can quickly begin some damage on the golem. Next up, play a mega minion to distract the baby dragon and you are home free! 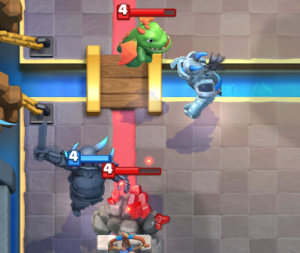 X-Bow: With the rise of the X-Bow over the last week, it is important to know how to counter it. Usually, it is paired with the mini-PEKKA, so play PEKKA first to soak up damage from the X-Bow and mini-PEKKA while archers support from behind. 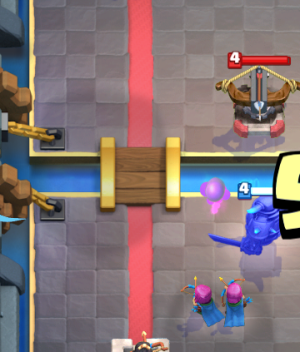 Knight Goblin Barrel: Last up, we have a very easy combination to counter with our PEKKA miner deck! A quick log for the goblin barrel and a mega minion on the knight is more than enough to take care of this push. 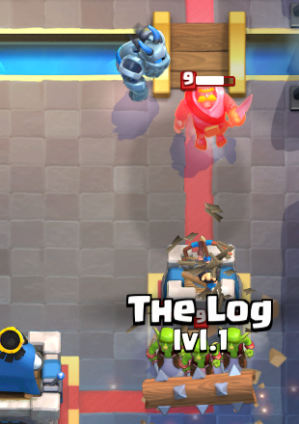 One thought on “Most Meta Deck #19: PEKKA Miner Poison Deck”