Like I mentioned above, beatdown decks have always been a part of this game, often making an appearance in a player’s deck slots before they’ve even unlocked their first epic card. The reason this occurs is because beatdown decks are at the very core of Clash Royale; they are as simple as putting a musketeer in behind a giant when you are still playing in Training Camp. 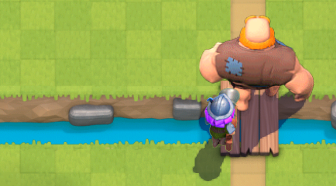 At their heart, beatdown decks are centered around BIG, overwhelming pushes that often can take a tower and if not, severely damage one. Two of the card types you must have to meet beatdown deck requirements are 1) a tank and 2) a support card. Tank is clear, but “support card” is pretty vague, so here’s a cool picture showing what counts as a support card:

Now that we have established exactly what a beatdown deck consists of, let’s go ahead and talk about the history of beatdown decks. Beatdown decks actually formed the first “meta” and probably the first deck that was widespread across Clash Royale. The deck I’m talking about is, of course, the PEKKA double prince meta!

The PEKKA double prince meta, the first true meta, emerged just a month after Clash Royale’s global release, in April of 2016! The strategy behind this deck was simple: a PEKKA placed in behind your king tower, which was supported by both the dark prince and prince once it hit the bridge. This combination did a TON of damage and was so difficult to counter at the time, except by the minion horde. The meta of the PEKKA double prince deck really shifted beatdown decks to the forefront of Clash Royale and led to the rise of the most legendary meta EVER in Clash Royale, giant poison!

Giant poison is LEGENDARY among “long-time” Clash Royale players, being the first meta that was used EVERYWHERE. In comparison to giant poison, PEKKA double prince was barely played. Giant poison decks were an example of a classic beatdown deck, giving us the giant as the tank and often the mega minion and prince as support cards. The October 2016 balance changes were basically just to nerf giant poison because it was so strong, showing us the potential of beatdown decks in the meta! Beatdown decks recently reemerged into the meta of Clash Royale, with the introduction of the night witch into the game.

If you are reading this article, there is no possible way you don’t remember the recent sweep of the golem night witch deck across the Clash Royale meta. When the night witch was released on May 31st, 2017, every player in Clash Royale knew she was going to be OP. Sure enough, the night witch was soon paired with the golem after Surgical Goblin used the deck in the CSGS and the rest became history. The meta was only completely OP for 2 weeks, until Clash Royale released new balance changes as a result of this widespread meta. Night witch received a huge nerf and the golem-night witch deck fell, remaining a strong deck, though no longer OP. So that begs the question, where does beatdown fall in the meta now? 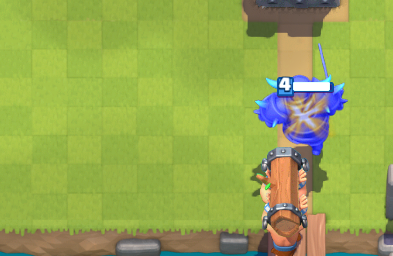 Right now, the meta in Clash Royale has stayed mainly beatdown, centered around PEKKA beatdown decks instead of golem or giant decks. Currently, the PEKKA is often paired with the electro-wizard or battle ram, which makes for an absolute deadly combination, showing why beatdown still sits at the very peak of Clash Royale for the meta.

To be quite blunt, the strategy behind beatdown decks is pretty simple. In layman’s terms, all you want to do is place a tank down and then load up as many support cards as possible behind the tank. However, if you want to become a beatdown master, there are some more tips and tricks that you should learn in order to dominate the beatdown world of Clash Royale!

Learn what support cards pair with each tank

To simplify matters, there are three main types of beatdown decks, all revolving around a different tank unit. Here are the three tanks, along with three support cards that work great when paired with them!

So when planning on designing a beatdown deck, know that each of the 3 cards will pair well with your specific tank. Each one of these support cards is tanky enough to withstand an equal level fireball, giving you more versatility since you don’t have to be worried about light spells.

Wait until double elixir for the true BEATDOWN

Beatdown decks are the most costly decks in Clash Royale, usually due to having an expensive tank within the deck. Therefore, its always prudent to wait until double elixir, when you have the most elixir flowing in, to begin your big push! Try to completely finish off your opponent’s tower in the final minute with one single build up.

Draw out the inferno tower

We are at a point in Clash Royale when most players realize the deadliness of a solid beatdown push. Inferno tower is by far the most popular building in Clash Royale, giving a higher win rate than both the PEKKA and the hog rider. Therefore, you should be ready to face an inferno tower when using your beatdown deck and you’ll have to beat it despite the inferno being the death of beatdown decks everywhere. Try to draw out the inferno using another card so that you won’t have to face it when your real tank is ready in rotation. Some good cards to draw it out of your opponent’s hand are elite barbarians and bowler.

Play the tank behind your king’s tower

Our last tip for mastering beatdown decks is actually in regard to the beginning of your push. To start off your game ending push, you want to start off with placing your tank, whether it be golem, PEKKA, or giant, behind your king’s tower. This allows you to build up enough elixir to amass support cards behind it by the time it reaches the bridge/river.

We’ve gone through tips, background, and overview for beatdown decks and now it is time to give you some of the best decks for each tank in Clash Royale! Starting with golem, heading to giant, and finishing with PEKKA, here are 3 great decks for each win condition!

Starting off our list of golem beatdown decks comes a deck already mentioned in the history part of this guide. Now, this golem night witch deck certainly isn’t what it used to be, but it is still super effective, especially in Arena 10. Throw in the mega minion, baby dragon, or night witch with the golem for a great push that can prove to be pretty tough to counter.

The lumberjack has definitely been on the rise over the last few months in Clash Royale. The reason why? The rage he drops is extremely devastating if you have troops within the radius. Play lumberjack in front of the golem during your push and try to push a couple other support cards in as well. Once the lumberjack goes down, tons of damage will be dealt upon your opponent’s tower!

Enter one of the heaviest decks in all of Clash Royale! This deck is definitely scary, but you have the elixir collector which should prove to alleviate some of the costs. In an ideal battle, you want to defend the first two minutes, and then drop the hammer in the final minute by combining the forces of the golem and the three musketeers…. game over!

While it might not seem like it at first, giant and miner actually have a great synergy. Because the giant has less health than the other two tanks, it is good to have the miner as a secondary tank in this deck. The other great thing about this deck is that it can be used in every arena from Builder’s Workshop and up, since there are no high arena cards to be unlocked within this giant miner deck!

This deck really brings the classic bowler-graveyard combination to the next level! Since you have multiple tanks in the bowler and the giant, you are able to play the graveyard a lot more since either tank pairs great with the graveyard. Combine this fact with two amazing support cards and this deck can SHOOT you right up in trophies!

We are bringing back an absolute favorite from the early days of Clash Royale with the giant wizard combination. This deck was first seen a couple months into the game’s release, but it still works amazing more than a year later! You can pair any of these cards with the giant for a solid push, making this a very simple, but effective deck to use in most arenas!

Currently, this deck is one of the best in all of Clash Royale! Combining speed and strength (hog and PEKKA), makes it nearly impossible to counter this deck well. Also, the inferno tower or inferno dragon have almost no shot to defend with THREE cards that are able to reset them! (electro-wizard, zap, and lightning)

If you are lucky enough to have unlocked the mega knight, you should definitely try out this deck! Not only is it a great deck to use on the ladder, but it is also a ton of fun to play (kind of like a bigger double prince deck). Besides the mega knight and PEKKA, the rest of the deck is very cheap, so you shouldn’t have a problem defending against hog or cycle decks.

Our final deck in this guide is going to be a phenomenal PEKKA-bandit deck, which again combines speed and strength for a deadly deck. You have the electro-wizard here as your main support card, being able to stop an inferno in its tracks. Try to build up a big push between the PEKKA, bandit, and e-wiz for guaranteed damage!

And so, that is going to completely wrap it up for our beatdown guide. I hope that you guys enjoyed the in-depth analysis and very lengthy guide for this deck archetype. If you want to see more articles like this (full in-depth guides), leave a comment below along with the name of whatever the topic should be. Thanks for reading and go out there to kill it with your beatdown deck!