Clash Royale’s March 2017 update has more news once again, before it is even March! We’ll be going over new leaks and changes to the March update in today’s article. 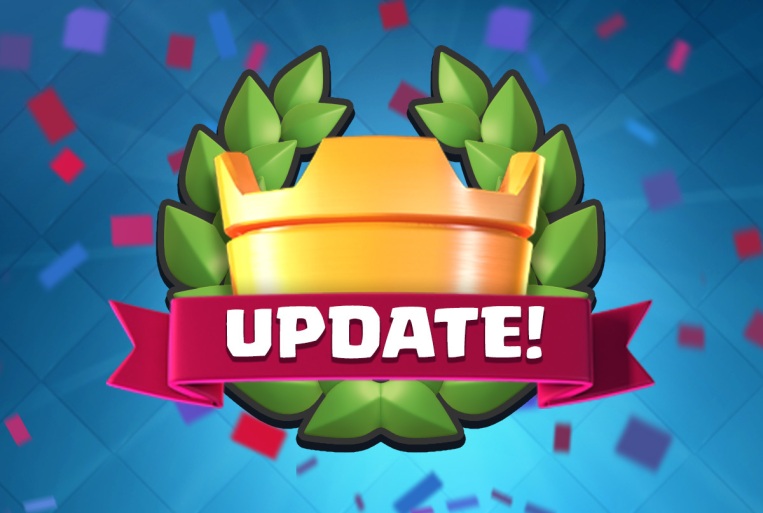 The latest leak in the Clash Royale March update? One piece of a new button leaked by one of the Supercell moderators. Here’s the picture:

It is extremely small, and we don’t have much to go on but it is definitely something that will be new in Clash Royale. With the Developer Q&A and the look of the button, I would guess its a new type of clan game, maybe something like clan wars. Since it is slanted, it might be an ‘M’. This could mean that custom battles are coming, but custom would be as long as battle. So probably it is 4-5 letters long, ending with an m. Only time will tell. Leave your ideas in the comments!

So the big update was supposed to come on March 2nd, on Clash Royale’s anniversary. However, Clash Royale announced that they weren’t going to be able to get the large update out when they wanted to and instead is going to release a lot of “cool things” throughout March as a “month long anniversary celebration”. Here’s the announcement!

So they will also be having an anniversary celebration on the 2nd, but it won’t be the huge update we were all hoping for. Still even if we aren’t getting this big update, they obviously have a lot of neat things in store and are hoping dropping the update in April.

That’s all for this quick overview about new leaks and changes for the Clash Royale March 2017 update! Thanks a ton for reading and comment below what you most want to see in the next update.