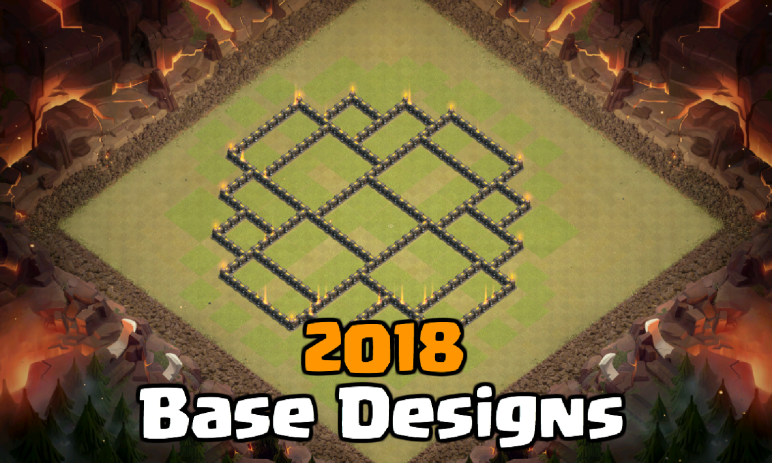 For a Town Hall 8 base design to succeed, you need to try and prevent the three star at all costs, making it a Town Hall 9 or even a Town Hall 10 who has to three star you. Since it is likely that higher level Town Halls will be in clan war with you, having the opposing clan use up as many attacks as possible on you is the goal. Preventing the three star multiple times makes it so that your opponents have to waste attacks trying to finish off your base. 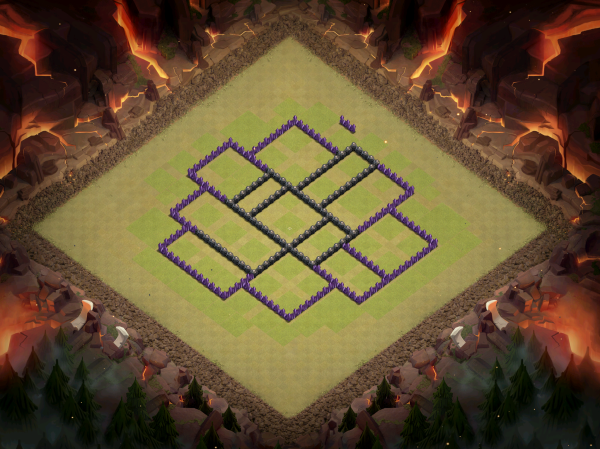 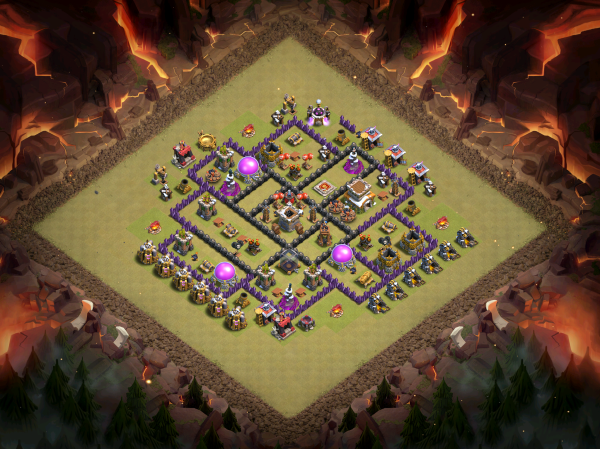 In this Town Hall 8 base layout for 2018, you have the Town Hall more towards the outside of the base. Remember, its not as important to protect the TH because you will be easily 2 starred. Therefore, we put the clan castle in the middle since that has the highest chance of protecting your base from the three star. Spreading out your base as wide and deep as possible also makes it more difficult to three star. The most popular attack strategy at TH8, mass hog riders, can be beat here, thanks to the double giant bombs and long range of defenses surrounding the core of the base.

Similarly to Town Hall 8, as a TH9, you also want to work to defend against the three star, giving up a one or two star in the process. Again, since there are usually TH10s and TH11s in a clan war with you, you don’t need to worry about giving up a few stars when you are the weakest base. Instead, try to draw as many attacks as possible to your base, making some Town Hall 10s have to waste their attacks trying to clean up your base. An anti-three star layouts are the way to go! 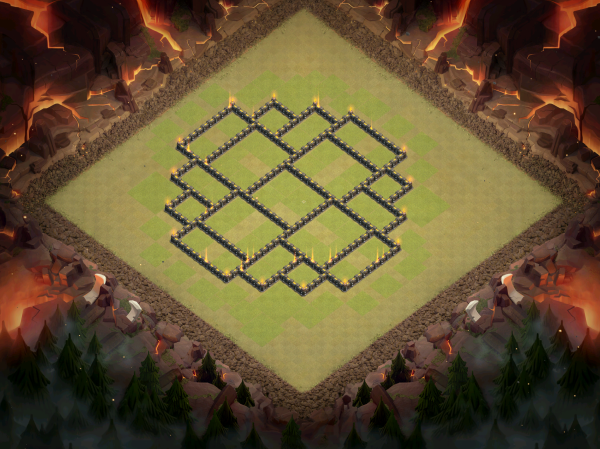 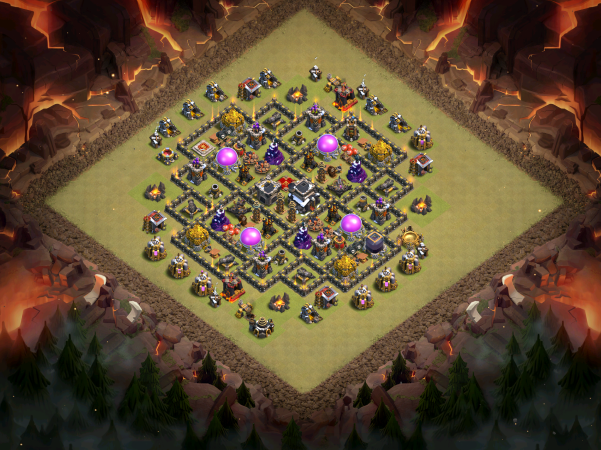 Unlike the Town Hall 8 base design, this 2018 TH9 base has the Town Hall featured prominently in the core of the base. Around it are your two most important structures at TH9, the clan castle and the archer queen. Primarily, this layout is used to defend against LavaLoonion attacks, since the air defenses are very centered, as well as the hidden teslas and air sweepers. Not only can this base defend well against LavaLoonion though, but it is also quite proficient defending against GoHo, another popular war attack strategy heading into 2018. You should be able to prevent at least one three star with this base design; hopefully many more!

Our last base design for 2018 is a Town Hall 10 base layout, designed to protect against any two star attacks. Unlike the TH8 and TH9 base designs, you actually have a great shot at defending against the three star. Therefore, any TH10 base needs to protect the Town Hall at all costs, working to achieve a zero or one star on the base. 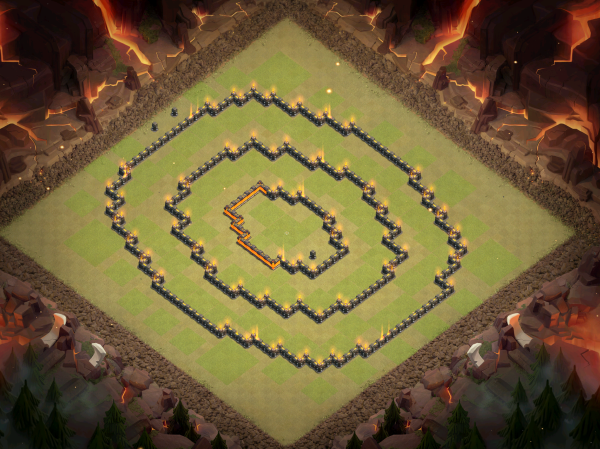 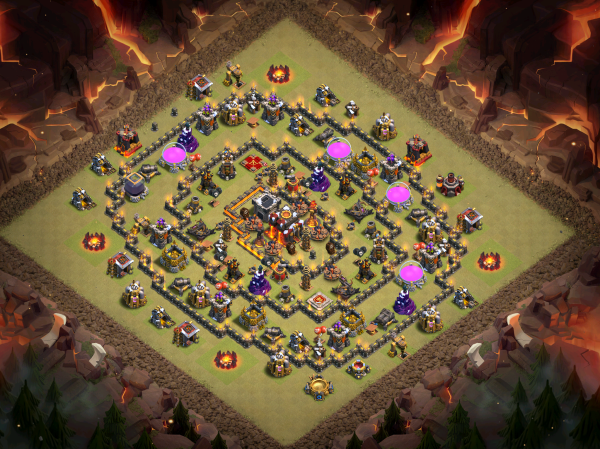 The base that I have for you in 2018 is quite tricky, with three different rings within the base layout. The outermost ring are the basic point defenses (cannon, archer tower), combined with various resource buildings for spacing and misdirection. Inside the next ring, you’ll find more powerful defenses like the air defense, heroes, x-bows and wizard towers. Finally, inside the core of the TH10 base design, we have the inferno towers, Town Hall, and clan castle. The rings of this 2018 base layout mean that it is increasing difficult to reach the core of the base, since the layers become more and more powerful. A one star is a good defense, but any more would be a failure!

If you are Town Hall 8, Town Hall 9, or Town Hall 10, be sure to use one of these base designs in order to win in war for 2018! As we enter 2018, Clash of Clans will have many updates which means base layouts will change. We will keep you updated with new base designs throughout 2018 for all Town Hall levels! Thanks for reading and comment your goals for 2018!