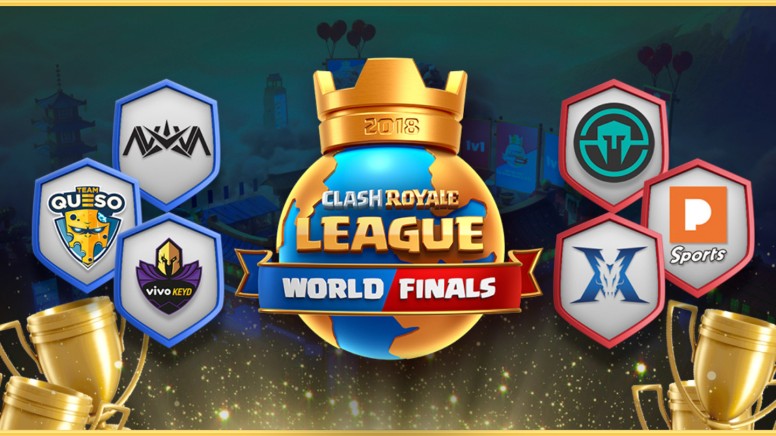 So there are 6 different decks in the CRL Blind Deck Challenge, with each one being submitted by a different CRL finals team. These decks definitely range in archetype, so be prepared to play anything! 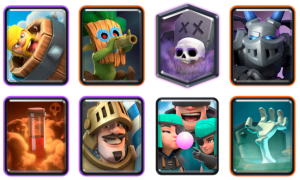 NOVA gives us a pretty solid prince graveyard deck, which is definitely great since there is a severe lack of spells in most of the blind decks. Having poison with the graveyard is able to clear the many cheaper cards that appear as defensive stops. You can support the graveyard with the prince or mega minion; even the barbarian barrel if you know you have a huge elixir advantage. 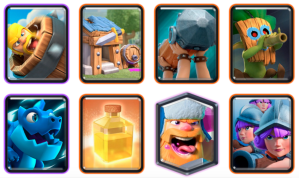 The first thing you might notice with this deck is the lack of any damage spells besides the barbarian barrel. However, this is most likely the best deck in the Blind Deck Challenge, due to the lack of big spells in the other decks. The heal is actually quite devastating, especially if you can get those musketeers in behind a battle ram or barbarian hut. 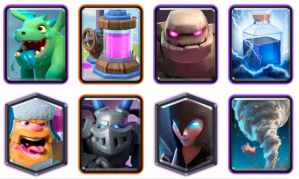 This deck is a pure classic across Clash Royale and actually ends up doing really well in this challenge. However, it can’t do great against the mortar log bait deck because the only cheap spell is the tornado. Still, if you can get a strong beatdown push going with the golem combined with night witch/baby dragon/lumberjack, it is going to be tough for a lot of these decks to stop that. 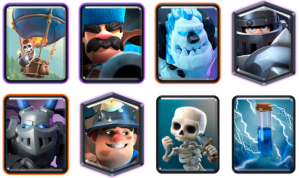 Of all the decks in the Blind Deck Challenge, this deck is the only one that features cheap cycle cards. Use that to your advantage, cycling back to your balloon to outpace your opponent’s air counters. Also, try to work the miner as much as possible to get a ton of chip damage onto the tower. All in all, this is a pretty well constructed deck with cards to do everything! 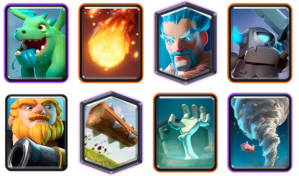 It is really exciting to see a royal giant deck in a main challenge like this, and it doesn’t underperform! Variations of this deck are rampant across the ladder and challenges and there is a reason why. Combining the royal giant with the ice wizard or baby dragon can spell the end for many defensive troops and having the triple spells will help you against most decks in this challenge. 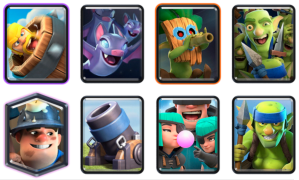 The final deck from the CRL Blind Deck Challenge is going to be a bait deck. With two of the decks not having zap/log/barbarian barrel, you can easily overwhelm heavier decks for the win. Keep cycling the mortar as much as you possibly can and punish your opponent with another bait card once their cheap spell has been wasted. Cycling is everything with this deck!