The biggest part of the June 2019 update to Clash of Clans is Builder Hall 9, which also introduces a new troop, known as the hog glider into CoC. This is a huge update and here’s what we know about BH9 and the hog glider!

There is going to be a TON of content for Builder Hall 9, and this is only the first part of the update videos. In the video below, the Clash of Clans developers explain everything behind Builder Hall 9 and more!

Let’s go ahead and recap the major points that will be coming in the June 2019 update, starting with the most exciting, the hog glider!

The hog glider will be the newest troop in Clash of Clans, unlocking at BH9. This is actually a pretty simple troop, even though it sounds a bit complicated. 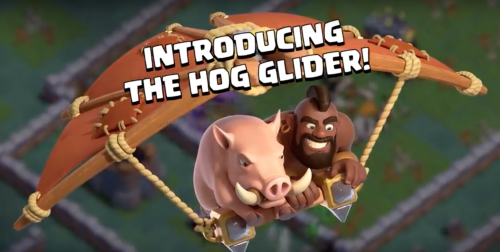 The hog glider will be a flying troop, but as soon as it takes any damage, the hog rider will fall from the glider and become an ordinary hog rider. So basically, it’s a hog rider that has a little shield that flies at the beginning. Time will tell how good this hog glider will be.

Since there is a new troop coming, there has to be a new defense as well to counter it! The special defense for Builder Hall 9 is going to be the lava launcher, which seems to be sort of like a more powerful mortar. 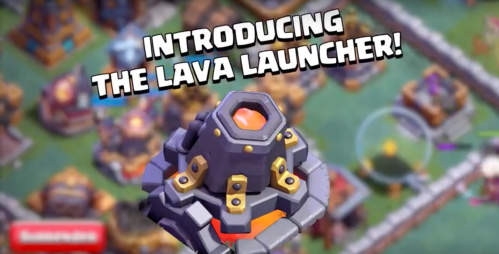 The lava launcher is going to spit balls of fire at an insane range, leaving patches of lava left behind after it explodes. This means extended damage after the lava has already hit.

The OTTO hut is by far the most confusing thing coming in this update. Basically, once you upgrade to Builder Hall 9, the master builder builds the OTTO hut. 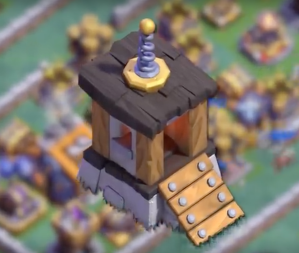 The OTTO hut is essentially another builder hut, which gives you the flexibility of having 2 builders in Builder Base. However, if you want to, you can have 6 builders in home village. It basically gives you one permanent one in BB, 5 permanent ones in HV, and one rotating master builder wherever you want.

While there is already single-player and multi-player battles in Clash of Clans, there will be a new mode, called practice mode. In practice mode, you don’t have to train troops, as there will be existing armies built for you to practice with. The whole point of practice mode is to make you comfortable with new troops that you just unlocked!

So there is still going to be a huge Legendary League rework coming in the June 2019 update too. I’ll have more details on that once it is released. Thanks for reading and comment below what you think about Builder Hall 9!