Read the most underrated troops in Clash of Clans: https://clashfordummies.com/2016/06/29/most-underrated-troops-in-clash-of-clans/

Most Underrated Troops in Clash Royale

Archers are beyond the most undervalued card in Clash Royale and almost nothing can make me change my mind. Most players choose to put spear goblins in their deck due to a lower elixir cost and there being 3 spear goblins. However, the archers have more than double the HPs of spear gobs and almost double the DPS of spear goblins. Based on those numbers, archers should cost 4 ELIXIR! Archers are a great cheap card to deal with air troops or a knight or valk.

Guards are such a back and forth card in my opinion. When they were first announced, I was super excited about the prospect of guards in the game. I thought that they would be a cheaper, weaker barbarians that could counter the royal giant and such. They were extremely weak however until the latest balance change allowed the guards’ shields to block any direct damage spells and not propel them backwards. Now guards are a viable option to counter almost any card except air! 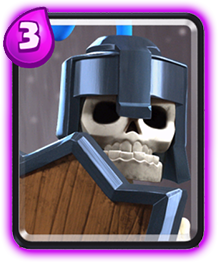 Furnace is probably the best building in the game besides the cannon and the elixir collector. It spawns fire spirits, which until recently were DEFINITELY the most underrated card in the game. The furnace provides a distraction to a hog which works great. Versus a hog cycle deck, the furnace is the ultimate tool. When placed, it spawns two fire spirits which kills any spam units surrounding the hog while dealing splash damage to the hog. It can also basically defend a tower all by its lonesome. Try it out! 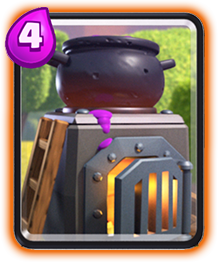 As mentioned above, the cannon is one of the best buildings in the game due to its cheap cost. However, the tesla offers a great card to get away from the over used cannon. The tesla has two great advantages: it can shoot air units and it can’t be affected by any spells when down. It does cost 4 elixir which is why most players choose the cannon, but the extra one elixir is definitely worth it. The tesla has a few more HPs than the cannon and does a bit more DPS than the cannon. 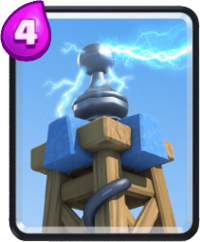 Fire spirits have caught on fire in the Clash Royale community. When they were first released, NO ONE used fire spirits. Everyone believed that it was a waste of 2 elixir since you didn’t even have a troop remaining after. However, fire spirits have gained a lot of popularity steadily. There are still lots of non believers though. The fire spirits can wipe out an entire minion horde or barbarians making it a THREE elixir positive trade. Send these in with the royal giant or hog and you will be thankful. 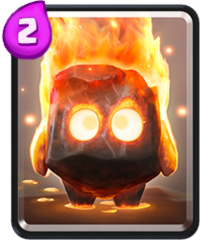 So these are my most underrated troops in all of Clash Royale. Lots of these cards are underused, but aren’t underrated such as the x-bow! Still, I could have included 3 or 4 others in this article. Let me know if I missed one in the comments below!

8 thoughts on “Most Underrated Cards in Clash Royale”