Despite being a unit that targets buildings in Clash Royale, the ice golem has surprising defensive value. Since the ice golem does head towards the nearest arena tower or building play, it can easily drag units all the way across the map that attempt to follow it! 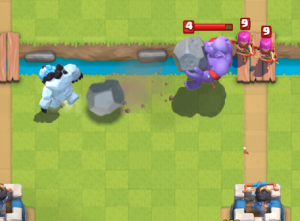 Here, the ice golem is placed so that it heads toward the other arena tower and the bowler follows it, because it is closer than the arena tower. Because the ice golem’s movement speed is so slow, all units can follow him. 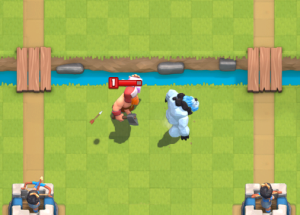 The lumberjack pull is even more! Both towers are then able to shoot the lumberjack as he follows the ice golem around, allowing him to go down without placing any other units.

When using this pull strategy with the lumberjack, make sure it is big, bulky, non-defense targeting cards. It works well for the mini-P.E.K.K.A., lumberjack, prince, bowler, and knight.

On offense, the best Clash Royale ice golem strategy is to let him tank in front of another tank, that way once it dies, it acts similarly to a lumberjack and gives off a slowing effect (instead of a rage). Therefore, you want him to die so it slows down all other troops. Also it is more important for your other units to reach the tower instead of the ice golem since the ice golem does barely any damage. 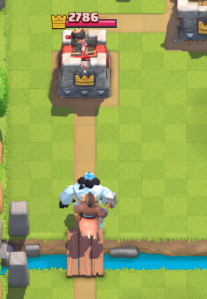 When placing a faster unit behind the ice golem, such as the hog rider, the ice golem will be pushed by the additional speed and make it to the tower faster! 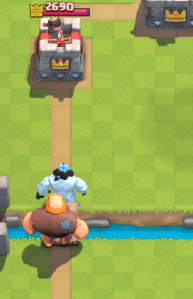 The ice golem-giant is a deadly combo, especially with other units in behind! We might see an even bigger rise of the popular giant-poison meta.

Make sure that the ice golem is not your primary damage dealer in a push. He does almost no damage and is meant to be a pure tank to get your other units to the tower! 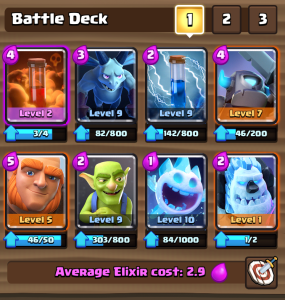 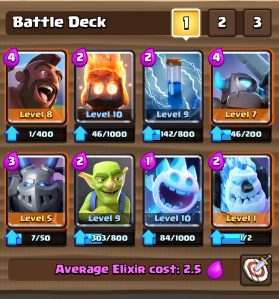 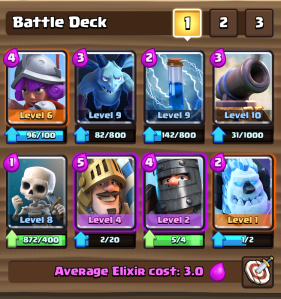 So that is basically a complete ice golem guide for you guys! I really hope you enjoyed this and the ice golem himself! This is a great new card in Clash Royale from the September update. Next up will be the graveyard spell, dropping in 2 weeks! Thanks for reading and come back soon for more Clash Royale content!