Town Hall 11 is finally here! During ClashCon, Clash of Clans finally confirmed that Town Hall 11 will be coming to the game! We have the new image of TH11, which is unlike any of the leaks before it! Personally, I don’t like it but you can judge it yourself!

That’s the picture of TH11 by itself but how does it look inside of a village?

It flows very well with the new level 11 walls and the inferno towers, so Clash of Clans did not mess this one up!

So as with Town Hall 9 and Town Hall 10, Town Hall 11 will also get a brand new defense! It has the appearance of an eagle or a hawk in stone! Here’s a glimpse of the defense which is so far unnamed:

That’s the new defense by itself, but once again, what does it look like included in the village? 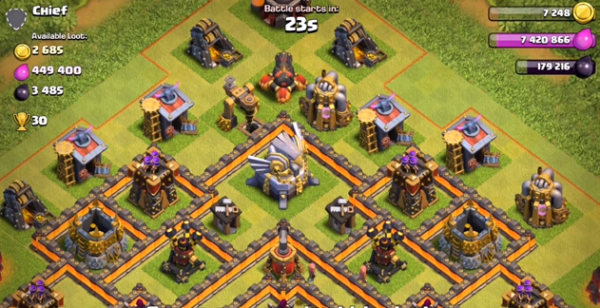 Doesn’t look much like a new defense, but a statue instead! But wait until you see what this thing can do! It has a range of basically the entire map and does splash damage to all the units it targets. Here’s a glimpse at the new defense in action against some golems. It first moves aside it’s head to open up a gigantic tube:

Next check out this bolt of flame it shoots at these golems, wayyyy across the map from the new defense. 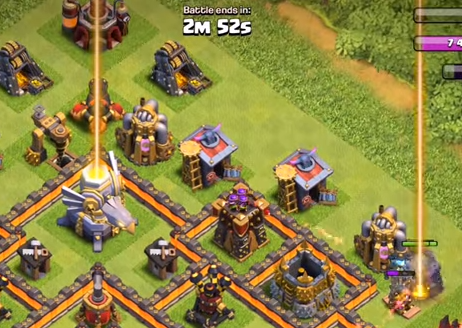 So basically it appears as if it shoots across the entire sky and then comes down on the attacking units. It looks amazing and it appears as if this new defense will be a 4×4 square. Also it works like a mortar; it has a big range, but once the attacking troops get close it wont target them. It will completely change pushing, war, and even farming for Town Hall 10 and probably Town Hall 9 as well. Stay tuned for more update on this update and make sure to subscribe to us on YouTube: https://www.youtube.com/channel/UCNo3IxCrp34erbCRLmG8HIA