Building the best deck is the most important thing to do in Clash Royale. I’m going to tell you some tips and strategy to build a better deck in Clash Royale! 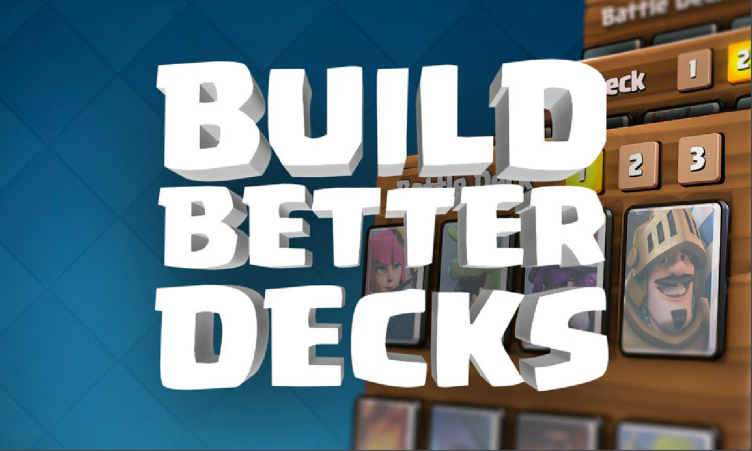 If you are in a toss up between two cards like the wizard or musketeer for being in your deck, go with the musketeer. Having a cheaper deck will almost always help you out in the long run, since you can build up a cheaper push or defend for less elixir. Now there are always instances like huge golem beatdown decks, but for the most part you want to slim your deck on elixir. A good rule I always try to follow is to have my average elixir cost in the 3s. This could mean 3.0 or 3.9, but the 2s are usually too cheap while 4s are too heavy unless its a golem deck.

2- Have a wide range of types of cards

Now obviously, to defend against any push, you need to have a wide range of cards within your deck. If you are running a zap bait deck, don’t have ALL zap bait cards in your deck or you won’t be able to defend if your opponent has a lot of splash. Instead, run some solid cards like mega minion or mini-P.E.K.K.A. to help support. Don’t run all support cards or all tank cards EVER. 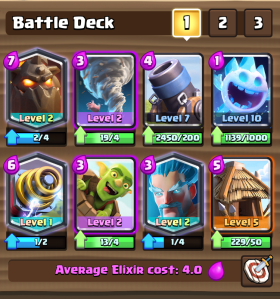 3- Support/versatile cards are the best

The best cards in Clash Royale are the most versatile. Think about it. Right now, the most popular cards in the game are log, electro-wizard, fireball, and skeleton army. All of these cards can be used for almost any circumstance: log/fireball are versatile cards that can be used to support a push or defend, electro wizard is great on both offense and defense, and the skarmy can be used defensively on basically any card except the valkyrie. You want to have as many of these versatile cards in your deck as possible; don’t use niche cards like battle ram or rage that can only be used in a few instances. 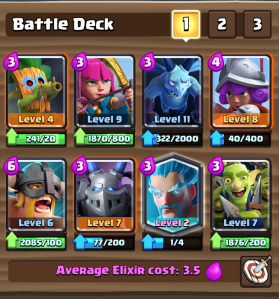 4- ALWAYS have a tank

Even if you play the most cycleable, cheap deck in Clash Royale, you will have a tank card in. You need this tanky card to steal all damage away from the cards that will really be doing damage. Every deck without a tank is doomed to fail because there is no HP in the deck and will be easily killed. 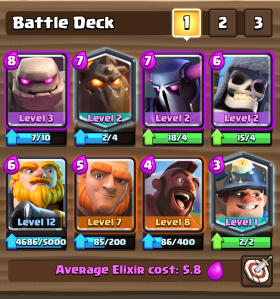 So those are 4 quick and easy tips to make your deck that much better. I hope that you guys can use these tips to improve your deck to win more trophies! Thanks for reading and comment down below your best deck tips!