Recently, Clash of Clans released an update sneak peek list, what they would be covering and when we should expect it! As of now, the first sneak peeks should start coming out on November 23, and should finish sometime in December, definitely before Christmas. Here are some of the confirmed sneak peeks that will be heading our way come the 23th.

Shields – Part I: Attacking and Defending

So more than likely there will be a change in the time of shield and how to receive a shield. There have been rumors going around that your shield time will now be based off of the percentage the attacker gets on your base. Also there is another rumors that destroying the Town Hall will no longer give you a shield which will completely change the concept of farming. The whole game should be changed with the new shield concept. Shield may also get cheaper and longer.

The Village Guard concept is one of the most speculated concepts of the new December 2015 update. Personally, I have no CLUE what this could entitle, but it certainly will be a game changer. It also isn’t clear whether or not this will be exclusive to Town Hall 11 or be added to all the other TH levels as well. As for Personal Breaks, I believe that they game will let you get off for a few minutes to go to the bathroom or grab a snack without being raided. Here’s a picture of the Village Guard- 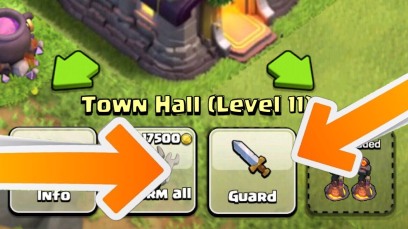 Most likely this won’t change a lot in the game but it will offer some new changes that might make a big difference. New matchmaking might make it easier to find someone closer to your Town Hall level and closer to your trophy level. Trophy offers will be presumably fixed for the upper Titan league players, in order for them not to constantly find +1 trophy offers. Hopefully, we will see an increase in league bonus; always a nice feature.

For this update, this could mean almost anything! We are talking a new dark troop and a new dark spells almost definitely! Also there are a lot of other changes they could add to the game including new single player levels or clan war tournaments. I can almost promise you that clan wars will be changed in some way following this update.

Town Hall 11 – including a new defense and a new hero!

These 3 things are the only confirmed additions in the update so far. Of course, these three things are game changing and will certainly be interesting to see in Clash of Clans. You can read all about these features if you click the link below:

So those are the planned sneak peek coverage topics. Following these are the topics that Clash of Clans is introducing changes to:

We know about a lot of these but hopefully there will be changes that we never saw coming! Now these sneak peeks could be coming out on the 23rd, but it will definitely be the week of the 23rd. So within the week we will have the first sneak peeks for this ground breaking update! Here’s some pictures of the new Town Hall 11- 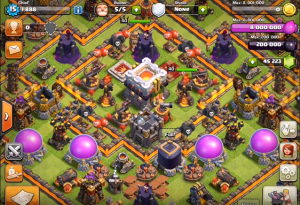 That’s all for now, I’ll see you guys tomorrow for hopefully the first sneak peek! Make sure to subscribe to us on YouTube to stay up to date with the new features: