New Troops in Clash of Clans

The yeti has long been discussed as a new troop in Clash of Clans and it would work well within Clash of Clans. The yeti would act sort of like an ice wizard in Clash Royale, but it would be stronger and take up more housing space equivalent. He could throw ice that would slow down defenses while also dealing damage. He would most likely have splash damage, affecting a large radius of buildings. 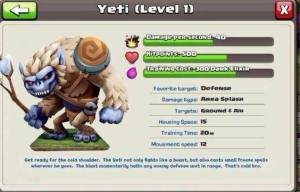 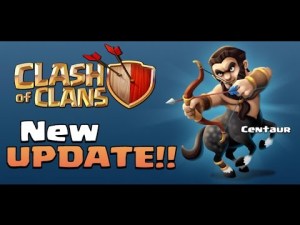 One of the most feared and hated cards in Clash Royale would actually translate well as a new troop in the next update for Clash of Clans. He would basically be the exact same as he is in Clash Royale, a weaker, but ranged giant. The royal giant would take up 5 housing space, like the giant which could add up to a ton of royal giants on the map at once. 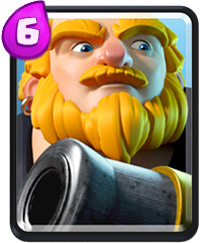 A great new troop would be a dwarf as the 8th dark barrack troop. Like the centaur is a mix between two completely different units, the dwarf would be as well. Imagine a valkyrie with her splash damage to all buildings around her combined with a goblin’s love for resources. The dwarf would target resource buildings first and be pretty tanky probably having more health than a valk. 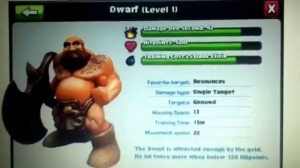 Thanks for reading about the new Clash of Clans troops that could be coming soon to our game! I think all of these troops would be sweet to see in action. Let me know if you have any suggestions!

5 thoughts on “Clash of Clans New Troops in the Next Update?”