The good old Spell Valley, Arena 5, the goal for most level 6 and 7 players. However, to reach this new arena, you must have one of the best Arena 5 decks in Clash Royale, just take your pick out of these next 3 best decks for Arena 5! 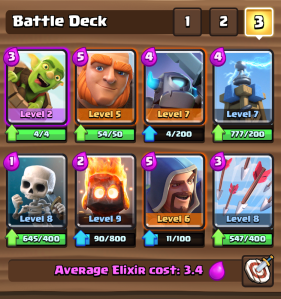 Ever since the goblin barrel was reduced to 3 elixir, it has been a complete powerhouse on offense, so much so that almost every player in the game is forced to bring either arrows or the zap. The goblin barrel is especially strong now and players need to take advantage of it in order to move up to Builders Workshop. The best push to have in giant in the back, combined with wizard and fire spirits when it hits the bridge with a back door goblin barrel to do some insane damage. 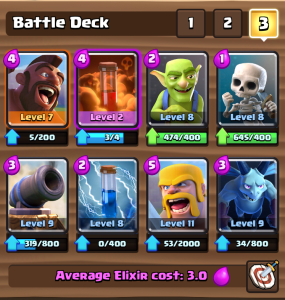 Just like for the Arena 4 best deck, a hog cycle deck can work in almost any arena after Arena 4 obviously. For Arena 5, a poison spell is added to really clear the way for your hog. With time, the poison is able to easily take out minion or goblins which is an easy counter for this kind of deck. A zap to let your hog get an extra hit also is very important. All your other cards are meant for defense, with almost every strategy easily countered with these cards. 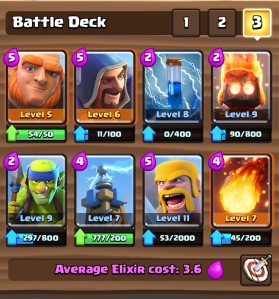 In Arena 5, the giant is still a little bit stronger than the hog which is why you should be using him as much as possible in your best decks for Arena 5. In this deck, contrary to the goblin barrel giant deck, you want to place as much as possible in behind the giant to really do a lot of damage to any troops placed down to counter it. On defense, you have plenty of options to counter lots of different pushes. The tesla is very good against most tanks!

So that is the top 3 decks for Arena 5 as of August 2016. Stay tuned for best Arena 6 decks coming soon and thanks for reading!