Leagues are here in Clash Royale and will be coming in the March 2017 update! The leagues consist of challenger league, master league, and champion league, but these leagues on start above 4,000 trophies. Today I’ll be giving you guys an overview of leagues along with the chests that come with them!

So the new legendary arena will start at 3,800, but leagues will begin at 4,000 trophies, where the current reset is now. There are 9 leagues in total, starting with Challenger I and going up to Ultimate Champion league. Here’s all the leagues in order and what trophy count they consist of!

Next up is the master leagues, which consist of players in the trophy count from 4,900-5,799. Master leagues contain more rewards in their chests, along with being reset at 4,300 trophies the next season.

Lastly, we have the champion leagues which are only for the gemmed up accounts! This trophy range will consist of 5,800 onwards, with three different champion names. Players from these leagues will be reset down to 4,600 trophies. 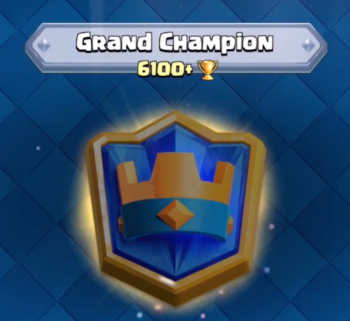 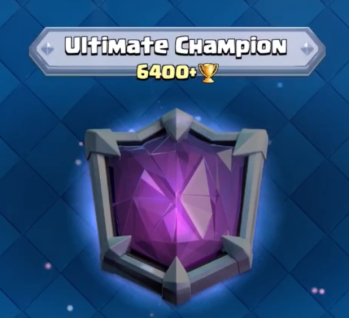 That is all the 9 leagues that will be in Clash Royale after the March 2017 update drops! So I’ve mentioned chests a couple of times, lets get into more detail on that!

So perhaps the best detail of the leagues are the league chests. Based on what league you finish in at the end of the season, you will receive a chest full of big rewards. Here are the rewards for the smallest chest, Challenger I, along with the biggest chest from Ultimate Champion! 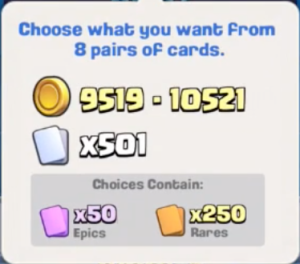 If you were a close reader, you might have noticed that it says “CHOOSE what you want from 8 pairs of cards”. That’s right, for league chests, you get to choose what cards you get! Of course, you can’t pick any card you want, but you do get to choose between two choices of cards for each card that you would normally get. These cards will be the same rarity.

That just about wraps it up for new leagues and draft chests! All of this looks super awesome and should be dropping within the next few days as part of the March 2017 update! Thanks a ton for reading and comment below what the best part of this update is.