Whenever most people want a new deck they will Google one or come to a popular Clash Royale website such as us to try and find one. The whole point of this article is to explain how to build a deck and what key components to each deck you should have as a basic guideline.

In this article, I will be building two completely different decks in order to show what cards you need in each and every deck.

This is the most basic of all the Clash Royale cards; you MUST have a tank unit in your deck of some sort. These cards will help prevent the tower from targeting your support damage, along with doing some good damage to the towers as well if they can get there. You want your tanks to blend well with the rest of your deck; for example a lava hound as a tank should go with all ground units. 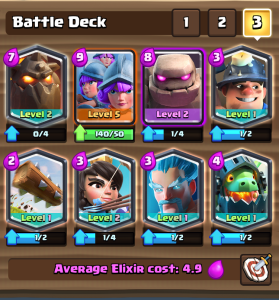 Deck #1: The lava hound is a great tank to start off a deck with. 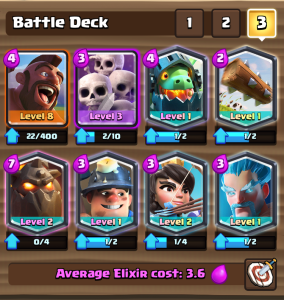 Deck 2: For a fast paced game, the hog makes a great tank.

Next up, after you have a primary tank unit, you need to have a second tank unit; one that doesn’t necessarily target defenses, is cheaper, and doesn’t have as much health. These secondary tanks are meant to help you build cheap pushes and basically try to get some chip damage off on the tower. 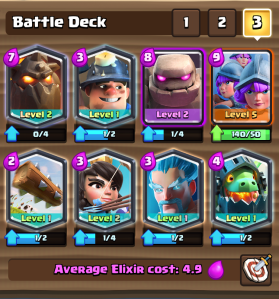 Deck 1: The miner and lava hound work well together as the miner tanks for the lava hound’s pups. 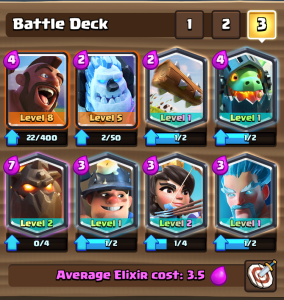 Deck 2: The hog and ice golem have great synergy especially when playing ice golem in front of hog.

With every deck you need a large damage spell that can be sure to clear away hordes of units in case you get into a cinch. Right now, lightning and fireball are strong since you can take out a lot of different units with those. While expensive, these spells need to be able to gain you an elixir advantage and help your units get to the tower. 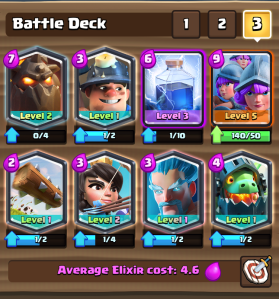 Deck 1: The lightning synergizes well with the lava hound, especially when lightninging down the defensive inferno! 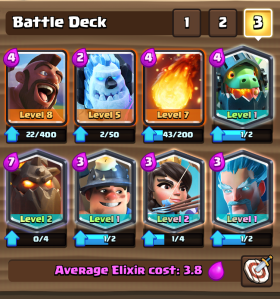 Deck 2: Fireball is great for knocking out barbarians that are often placed to counter the hog.

Right now, two of the strongest cards in Clash Royale are two small damage spells, the log and the zap. These cards are so popular because they can clear out any cheap units that your opponent might play to counter your big pushes. One well timed zap and you can go from being shut down to taking out the first tower.

Deck 1: With the log, you can take down any princesses or spear goblins used to counter the hound. 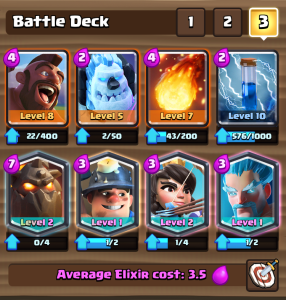 Deck 2: Lots of players will counter hog with skeleton army and a zap can take it all out.

So now we begin a range of support units that you need for support on offense and for defense in your deck. A flying unit is always good to have in your deck, but there aren’t many to choose from. Currently minions and mega minion are popular due to their insane value for only 3 elixir. Having these will help you protect yourself against lava hound decks and other air heavy decks. 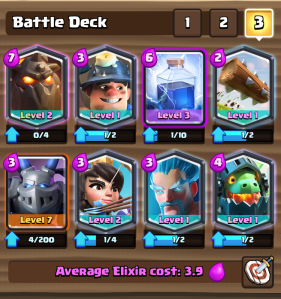 Deck 1: A mega minion will always help out a lava hound deck. 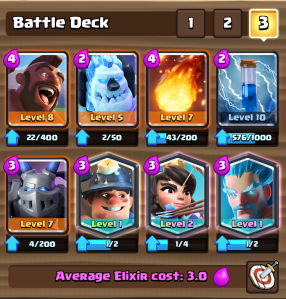 Deck 2: A hog rider ice golem push, backed by a mega minion can take out most counters.

Like with defending the air, you must have a card in your deck that can defend the ground for you. I would recommend the mini-P.E.K.K.A. due to its high damage and relatively high health or the skeleton army which is a quick counter to just about every ground card. You must have a card that can distract other ground units. 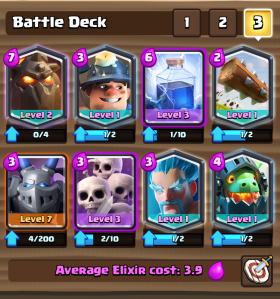 Deck 1: Since this deck is mostly air, you need a spam unit that can take out big units.

Deck 1: A mega minion will always help out a lava hound deck. 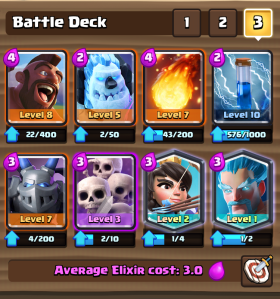 Ground air shooters are some of the best units in the game since they can take out any troop in the game. The ice wizard is probably one of the best if you do have him, but a cheap unit like the two spirit cards often helps a lot during a big push. Anyways, you need one of these cards in order to have further support against both air and ground heavy decks. 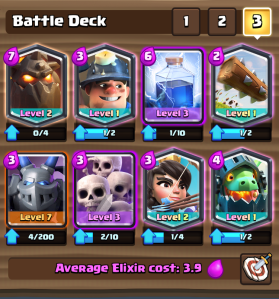 Deck 1: The princess is a great way to get rid of any spam units placed against your lava hound. 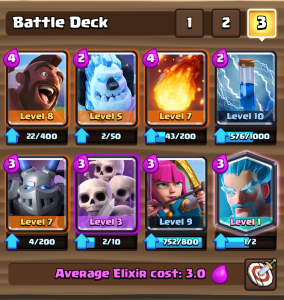 Deck 2: Archers are really good support behind the hog to clear the way.

Building the Best Deck 8: A Defense

Lets be honest; you almost always are going to need a defense in Clash Royale to defend against defense seeking tanks. Some spawners also work great as defenses, namely the furnace and the tombstone as it sends out troops as well as defending. The inferno tower is strong right now since it can counter every single tank in the game very well. 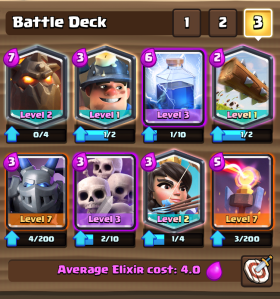 Deck 1: The inferno tower can stop any tank so it is the best choice for a defense. 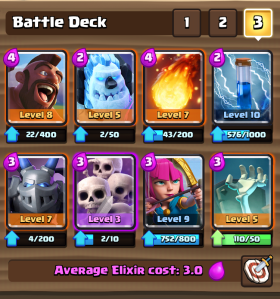 Deck 2: Tombstone synergizes great with the hog as a stream of skeletons flow through.

So that is how you can build a deck, regardless of what arena you are in in Clash Royale! Thanks a ton for reading this massive guide and I hope to see you guys back soon for more Clash Royale content!