2017 is officially here, which means brand new base designs for Clash of Clans! Today’s article will feature the latest TH7, TH8, TH9, and TH10 farming base layouts for 2017. I hope you guys use these new bases to success and can dominate the farming scene no matter what Town Hall you are at.

This Town Hall 7 base is the ultimate for protecting resources in Clash of Clans. First off, the gold and elixir storages are a world apart from each other, so your attacker basically has the three star you to get it all. Also this farming layout separates your DE storage and drill, something key to keeping your dark elixir. Having compartments within the base makes it difficult for any strategy to really dominate because all the defenses are spread apart.

As far as Town Hall 8 farming bases go, the triple compartment is very popular, but that is because it WORKS. Your gold storages, elixir storages,, wizard towers, and air defenses are separated into three different compartments, making it tough for anyone to dominate with barch or dragons. Since the DE storage is towards the top half, it is heavy trapped to stop attacks starting from that side. Centralized clan castle means that it will activate anytime troops breach one of the compartments. 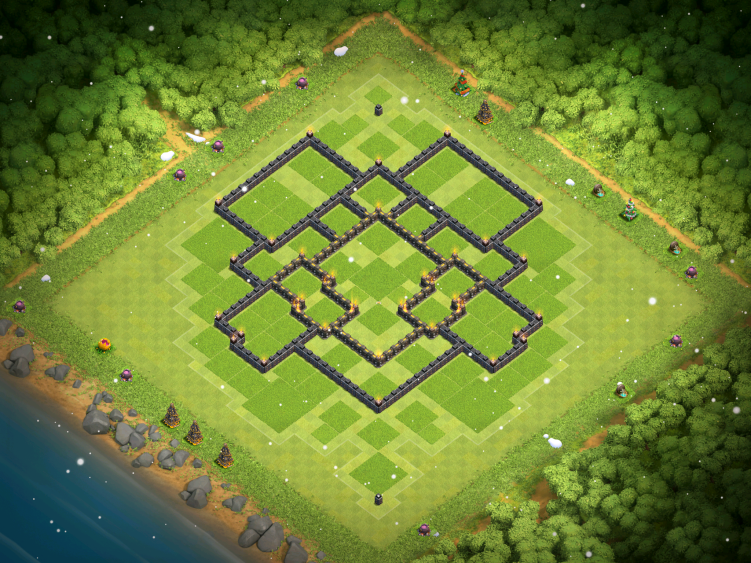 This TH9 farming base has long been one of my favorites and with a few tweaks it is ready to go for Clash of Clans in 2017. The DE storage is heavily protected from the bottom of the base with x-bows reaching it. The storages are located on the outside of the base, trying to lure an attack from one of the corners. This way, you only lose 2 storages instead of 4-6. The teslas are on the outside protecting mines in case you are away for a period of time. 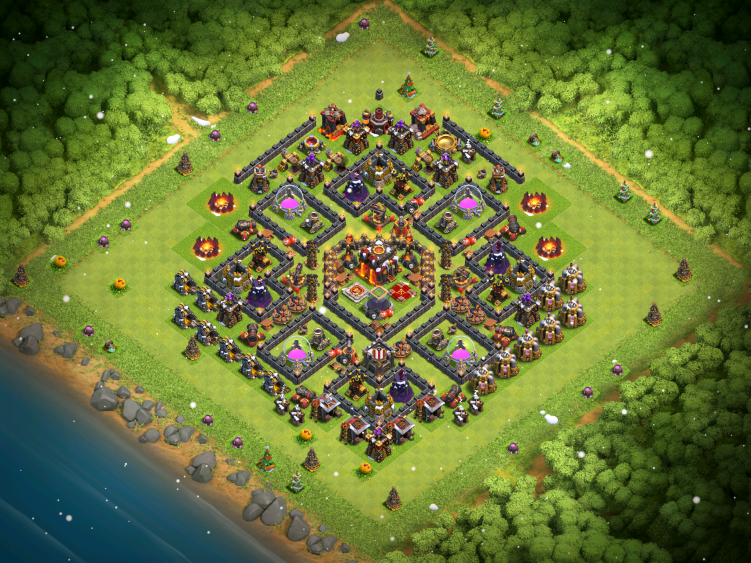 I love this TH10 base because it protects the core so well. It is very unlikely you will be two starred at all by any farming army compositions. The great thing about this base is that there is not one storage close to another one. The DE is well protected in the center while the gold and elixir storages circle the outside. In a broad attack against one side of this farming base, the attacker will take 3 storages at the most.

So that is all the Clash of Clans farming bases we have for 2017! I hope that these bases will help you protect your loot as much as possible as we transition to this new year. Thanks for reading and make sure to pop back in later for more Clash of Clans content!