The whole idea behind this giant executioner deck is to have one big counter push in order to take your opponents tower. Usually, that starts with the executioner on defense, with a giant then popped in front with minions/ice spirit. You have 3 spells in this deck, which can stall some games, but most of the time will help you immensely. Log and zap are for the popular princess and skeleton army, along with the most popular card in the game, minions. Use your mini-P.E.K.K.A. to take out your opponents executioner.

Starting hand is always important in Clash Royale and with this giant executioner deck, there is only really 2 opening hand plays that you can make. Learn how to make the best starting hand play for all decks. 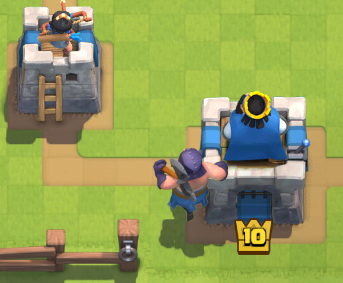 Giant: The giant is always the second option for your starting play. It offers the same value as the executioner for elixir storing and offensive capability, but you get almost no defensive value off the giant. Still, if you don’t have executioner, giant is the play to make. 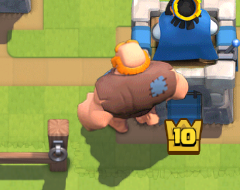 How to Win with this Deck

Now obviously, you can’t have a great deck if you don’t know how to win with it. As with all decks, this giant executioner deck has a way to win, as long as you can set it up correctly! Here are the troops you need to make a winning push:

By having all three of these troops together, you can string together a great push that basically wards off any defense that your opponent might throw at you. If you can get the executioner locked on the tower, while killing other troops in its axe’s way, then you are basically guaranteed to do more than a 1000 damage to that tower.

Along with having great pushes from your offensive units, you also need to defend well to counter any pushes your opponent might have. I would use your minions and mini-P.E.K.K.A. as your primary defenses, shutting down hogs and giants.

By defending the most popular pushes in Clash Royale, you can basically ensure that you don’t lose. In this deck, there is counters to basically every meta combo right now. Lets run through the 4 most popular and see how to stop them.

Giant-Executioner: The best push in this deck is also a very scary push to defend against. Your mini-P.E.K.K.A. is basically the perfect counter to the executioner while either minions or the executioner can help with the giant to counter a great counter push. 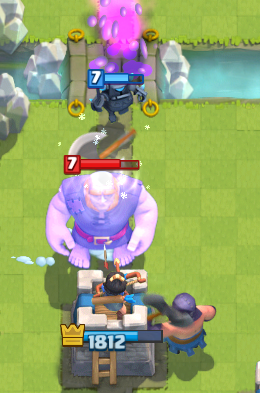 LavaLoon: The executioner is THE card for shutting down a LavaLoon push. You should play that first, starting to do damage to the loon and lava hound. Follow the executioner up with some minions on the balloon and this 12 elixir push will barely do any damage to your tower.

Graveyard-Freeze: Lastly, this is the hardest combo to counter with this giant executioner deck. You want to originally play minions, especially if you don’t know they have a freeze. But after your opponent does freeze, drop the log once a bunch of skeletons are near your tower, minimizing damage done.

That’s all I’ve got for you guys today on the fourth meta deck in Clash Royale. Thanks for reading and I hope that you can do some serious damage with this deck, no matter how many trophies you have! Come back tomorrow for more great Clash Royale content!