The executioner is one of the newest cards in Clash Royale, but a lot of players still don’t have the best deck with the executioner in it. These are the 4 best executioner decks for Arena 9, Arena 10, and Arena 11. 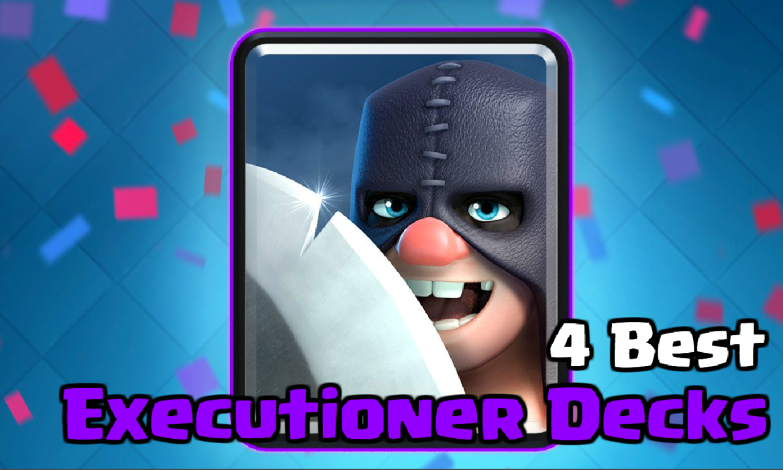 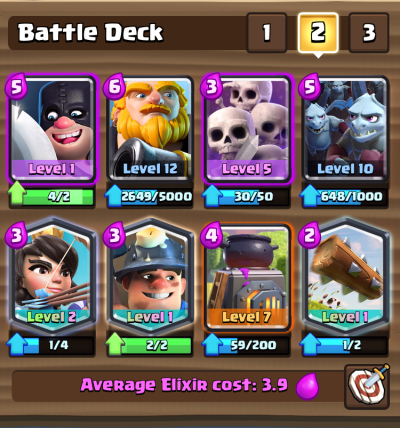 This royal giant deck is very untraditional from the usual royal giant beatdown decks. For one, it features 3 zap/log bait cards in the minion horde, skarmy, and princess. These cards will be great on defense, but shouldn’t be used on offenses unless you know for certain that your opponent has no counter.

Building up with the furnace is important. With the furnace, plus the occasional miner, you can slowly get some chip damage onto the top. The furnace also allows you to support your royal giant with something other than a troop.

However, your main push with this deck should be royal giant-executioner. The royal giant will be your main tank and damage dealer, while your executioner is used as support. Both minion horde and skeleton army are popular counters to the RG, which the executioner just happens to be an excellent counter for. Even in barbarians are used in response, the executioner can tear through those in a few swings, allowing your royal giant to do some serious damage undefended.

Out of any of the main tank units in Clash Royale, I think that executioner has the best synergy with the golem. The golem is a massive tank, protecting your executioner from harm. He can clear away any spam units played to counter the golem, so try to hit that golem-executioner push as often as you can. If you don’t have the executioner in rotation though, you have arrows and log to help clear away any of those pesky defensive units.

In order to pull off this push many times though, you need elixir. That’s where the elixir collector comes into play. Try to have at least 2 elixir collectors down at a time. This will give you the elixir needed to run a 4.0 deck.

You have minions, musketeer, and skeletons for primary defense. These three units will enable you to defend against most pushes, without having to strain too much. You don’t have a defense here, so the deck is weak against quick hog cycle decks. Just get troops down quickly to defend and you’ll be fine. 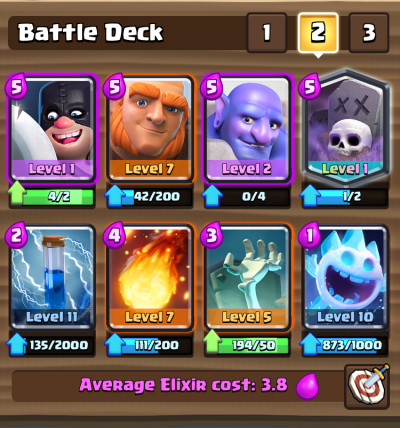 Besides golem, the executioner has the next best synergy with the giant. Right now in the meta, giant is really strong, along with graveyard which will be your main push cards. If you can throw an executioner in that push, it’d be amazing to basically seal the deal on whatever your opponent defended with.

On the other hand, the executioner has to be one of your primary defensive cards in your deck. Bowler is another offensive/defensive card, but you don’t have anything to kill air troops besides ice spirit. Monitor your opponents hand closely and see how many air troops they are playing.

Tombstone is a pretty good card against defense targeting troops, along with being a decent counter to mini-P.E.K.K.A., prince, and other similar cards. Zap and fireball are two pretty standard cards, but their use won’t be standard. You need to start to predicting your opponents counter to your graveyard. Once you can send the appropriate spell over ahead of time, you will be golden and chew through your opponents tower. 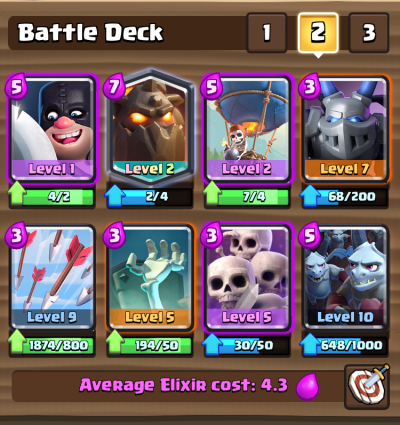 Lastly, we have a strong LavaLoonion deck that can absolutely kill it in the current meta. In this deck, you have 4 air cards which should be used for offense mainly, trying to overwhelm your opponent with just sheer numbers of air troops. Lava hound in front, with the balloons usually followed by either mega minion or minion horde. The executioner also works quite well in this push.

However, the executioner is going to mostly be used for defense, but you do have plenty of defensive cards in the dual minions plus skeleton army. These can counter literally any card in the game to the max, leaving you free to  concentrate your elixir on offense.

We also have arrows, which are great for predictions against minion hordes dropped against your lava hound. If you have executioner in there though, you don’t need to worry about any swarm troops!

That is going to do it for our 4 best executioner decks in Clash Royale, regardless of arena! I hope that these decks can help you guys push up and learn more strategy behind the executioner. Thanks for reading and comment down below what card we should cover next!