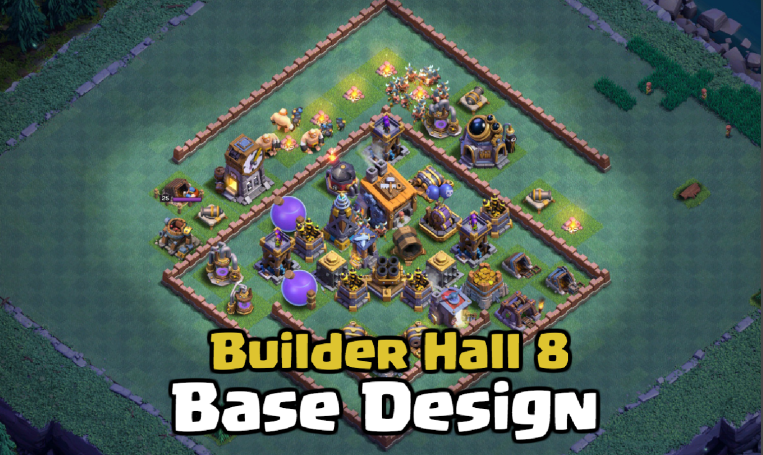 Builder Hall 8 features the new mega tesla, which is super powerful, being able to one or two shot every single troop in Builder Base. You want to maximize the mega tesla, as well as the roaster and giant cannon in your BH8 base layout! Here’s 4 amazing Builder Hall 8 base designs that you can use to win versus battles!

Keep in mind that you can’t see the traps or the hidden teslas for these Builder Hall 8 bases. Since BH8 was just released, these are screenshots from the top players, which traps are unavailable for viewing. Notice the spots where the traps and teslas could be located and fill them in on your own! 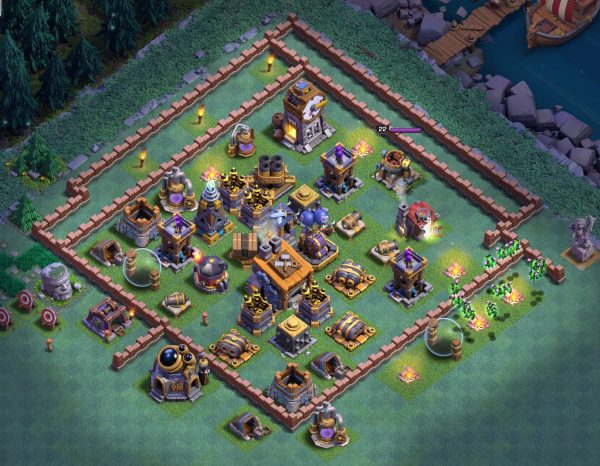 This BH8 base design is a wide-open base layout, with heavy wall protection from the top, which baits your opponent in from attacking from the bottom of the base. However, the giant cannon, roaster, and mega tesla are all within range of the Builder Hall, which will keep it protected against all troops! Having the fourth firecrackers will also really help protect you from mass beta minions. 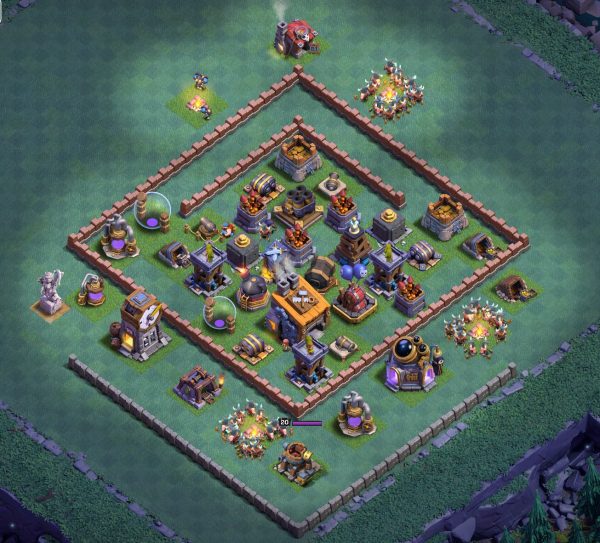 For this Builder Hall 8 base layout, you get a bit more traditional BH7-type base, with a central wall compartment and exterior walls guarding the side nearest to the BH. Again, the mega tesla, giant cannon, and roaster all protect the BH from attackers from either the top or the bottom. Even with 6 army camps, the attacker will have a tough time two starring this base design! 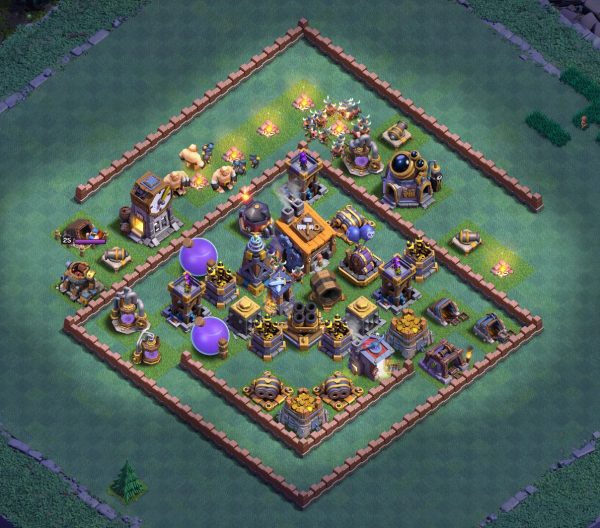 This base design is very similar to the last BH8 layout, except flipped completely upside down. The newest defense, the mega tesla, is right by the Builder Hall, making sure that no troops can get close to it. The crushers placed to the south will make it desirable to attack from the north, which is heavily protected by the roaster and in range of the giant cannon and air bombs.

For our final Builder Hall 8 base design, we have the same basic type of layout, with a central, large core and an outside wall of rings. Just like the other three layouts, this base has the giant cannon and roaster right by the BH, with the mega tesla off-set to the side. The bottom of the base baits you into attacking, but is heavily trapped to prevent an easy one star from occurring.

So those four base designs will climb you high in trophies if you are lucky enough to be ready to upgrade to BH8! Builder Hall 8 is far and away better than BH7, so it is best to upgrade as soon as possible. Thanks for reading and comment below your impressions of the update!