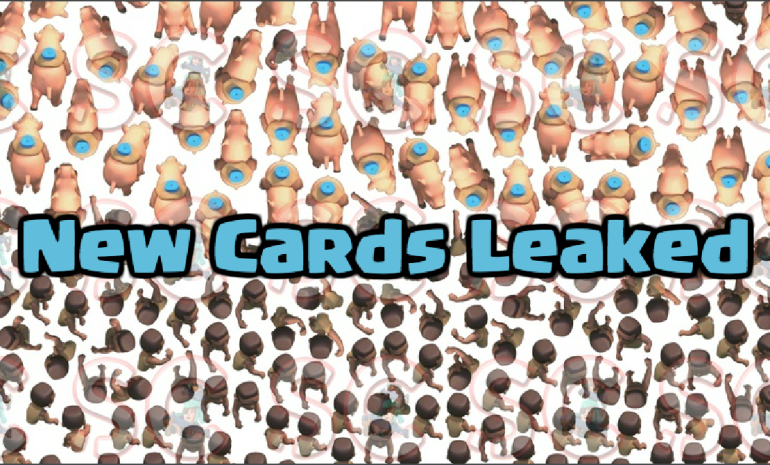 Of the three leaked cards, two come straight out of Clash of Clans. We have game files of the gameplay of the new troops and we will add in some speculation about what abilities each troop might have.

We already have the bomber in Clash Royale, so what in the world could the wall breaker be? My first guess is that the wall-breaker will be kind of like a miniature giant skeleton, making it so that you have to get him to the tower in order for him to drop his bomb.

Now, if I had to guess, seeing that he will probably be a mini-GS, he will probably cost either 2 or 3 elixir. Because the nature of the card seems like it will be a non-dominant card, its rarity is most likely either common or rare. Let’s check out the first gameplay images of the wall breaker!

The wall breaker looks almost exactly like the bomber, just that he is carrying a much bigger bomb! I really like the big bomb, as it is clear he can’t throw it, but it will make a big bang when it goes off!

Honestly, I think that the electro-dragon looks kind of small, especially compared to his Clash of Clans gameplay. Still, the blue and white together is a sweet combination and Clash Royale has already stated that flying cards can’t be too large.

The final leaked card from the September 2018 update is the “wolf rider”. Now in the Reddit thread that posted these leaks, the poster said that this name was loosely translated, so it might have another name. Regardless, this sounds and looks like it will be a cheaper version of the hog rider that costs less.

Since it is a cheaper version of the hog rider, my guess is that it will cost 3 elixir. As for rarity, I’m tempted to guess that it would be a rare card, but since the hog and royal hogs are already rare cards, I want to say common. Here’s the leaked gameplay for the wolf rider!

The rider looks more like a child than the hog rider, which indicates once again that the wolf rider will be cheaper. The “wolf” still looks like a pig, but maybe it’s more of a piglet or something. Still, a mini-hog rider would be a sweet new cycle win condition!

That’s going to wrap it up for all of the leaked cards that were datamined in the September 2018 update. Of all of them, I’m most excited to see the wolf rider be added to Clash Royale. Thanks for reading and comment below what you think of the new cards in Clash Royale!