The entire Clash Royale July 2019 update has been released, which is one of the biggest updates of all time. There is going to be a new legendary card, called the fisherman, as well as the start of season in Clash Royale, which will unlock tower skins. This is everything that will be coming in the July 2019 update to Clash Royale!

The fisherman has been teased a lot over the past few weeks, but now we finally know exactly what we are getting in this new legendary card. He has two different kinds of attacks, one as a pull mechanic and the normal attack that most cards have. The pull mechanic is what makes the fisherman unique, making him kind of like Gene in Brawl Stars.

After the fisherman pulls in the opposing troop, he uses his fish that he holds in his other hand to slap them, dealing a little bit of damage.

It is worth noting that the fisherman can use his anchor to pull himself towards a tower or a building, making him a scary offensive threat. The fisherman is going to cost 4 elixir and be unlocked in Arena 10.

Clash Royale, like Clash of Clans will be going to a pass system, which will be known as Pass Royale. If you buy the pass, you can unlock additional rewards throughout the season.

How Pass Royale is going to work is that every day, you will get a new crown chest to complete. For every crown chest you complete, it moves you up another level, so the more rewards you will get.

There are some more perks to buying the pass for Season 1 which include the following:

One other big perk to Pass Royale is the ability to unlock tower skins at some point in the pass. Each different season will bring its own unique skin. The skin for Season 1 will be known as shark tank and looks pretty awesome!

Since it appears as if every skin will match that season’s theme, I cannot wait until the next season to see what other skins we will get. 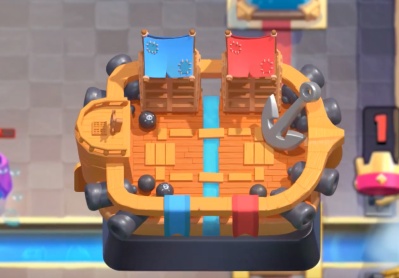 There will also be two new gamemodes added in the July 2019 update to Clash Royale. The first is called Fisherman’s Catch and is most likely the challenge in which you can unlock the fisherman.

The second new gamemode is called Take to the Skies and will feature all air troops, since the flood will not allow any troops on the ground. This will be a very interesting gamemode! 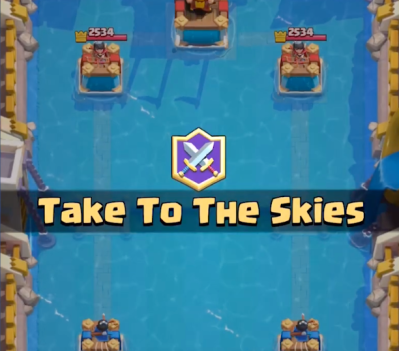 There are a couple other brief changes coming in this update, plus a couple more that were unmentioned in any update talk. Here’s the ones that we know of though.

And that’s everything we know from the Clash Royale July 2019 update! Most likely, this new update will be dropping tomorrow, July 1st, so be ready to play. Thanks for reading and comment below what you think about the new update!