Jungle Arena is scheduled to release tomorrow, but it has been a while since the December update with Jungle Arena was announced. I’m going to try and refresh your memory about what Jungle Arena is and what new cards are coming with it! 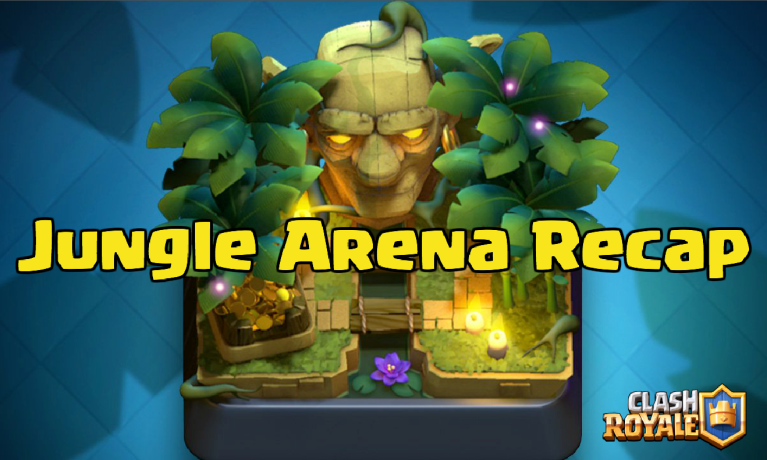 Jungle Arena is the latest arena to be added in Clash Royale, the previous being Builder’s Workshop in February. Personally, I think that Jungle Arena looks sweet, all decked out in a rainforest theme. 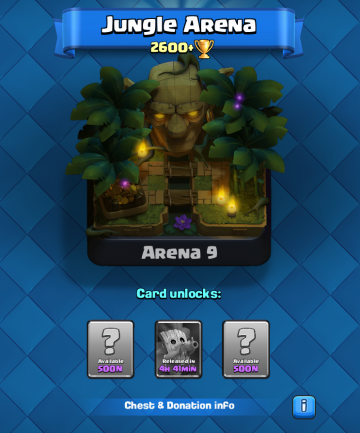 For those of you that didn’t know, Jungle Arena will be Arena 9, in between Frozen Peak (Arena 8) and Legendary Arena (Arena 10). Here are all of the stats that will come with Jungle Arena for chests and donations: 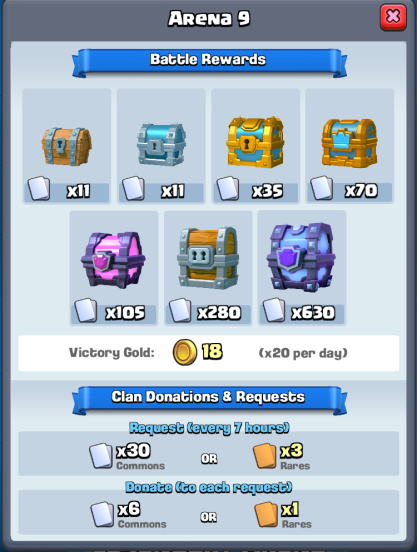 Along with having a brand new arena for Clash Royale, there has to be some new cards added in this new arena!

The new troops for Jungle Arena are all super sweet and I can’t wait until they all come out. Of course, as with all Clash Royale new troop updates, the cards will come out 2 weeks apart from each other, starting with the dart goblin tomorrow, coordinating with the release of Jungle Arena.

So like I said, the dart goblin will be dropping tomorrow and you can be certain there will be a full analysis here! The dart goblin is three elixir and is essentially a princess, but with faster shot time and no splash damage. A very strong rare card, look for the dart goblin to replace archers or the musketeer in many decks.

Introducing the goblin gang, the newest card in all zap bait decks! The goblin gang is only 3 elixir but it has 3 spear goblins and 3 goblins within the card. Without a zap or arrows, the goblin gang can tear apart a tower. Since it is a common card, if leveled up fast enough, zap can’t kill the goblins. 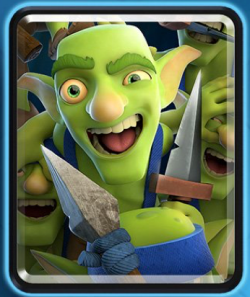 Probably most of the hype that surround these new cards is around the executioner. The executioner will cost 5 elixir, but it will throw a boomerang that can kill both air and ground units. The best part? The boomerang comes back around for a second hit, making the executioner VERY good against any type of swarm units.

That’s all of the new cards and previews for Jungle Arena! This arena is super fun, I already dropped down to play around in it for a bit. I can’t wait for the dart goblin; remember to come back to get a complete guide! Thanks a ton for reading!

One thought on “Jungle Arena/Arena 9 Sneak Peeks and Recap”