What is the Draft Challenge

So for the draft challenge, it is almost exactly what it seems like: you draft your cards! You will get a choice between 2 cards, having to choose one and the other one goes to your opponent. Make sure that you don’t ignore a powerful card, since your opponent will get to use it! 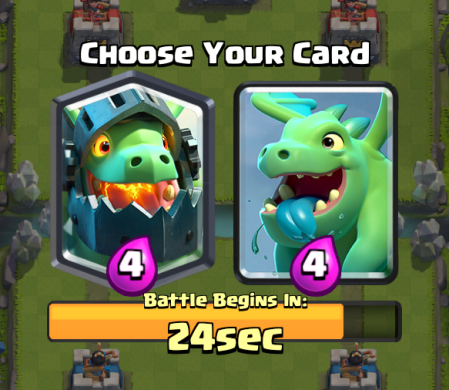 This part of the challenge is what makes it so fun! It doesn’t have any pressure to win with it; just to have fun which is what Clash Royale is all about. However, you want to win so here are some great strategies to win this challenge at 12 wins!

Strategies to Win the Draft Challenge

Picking the counter card is a simple solution to make sure you are basically never unprepared. You know that you will be able to counter at least 4 cards in your opponents deck, so you just need to have skill for the rest. Let’s run through a couple examples. 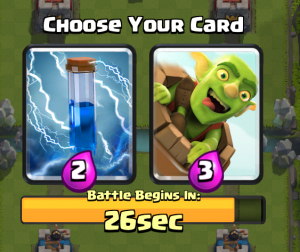 Another easy pick would be the zap spell over the goblin barrel. You don’t want to give your opponent that advantage to zap down one of your win conditions, so you must take it yourself.

So countering is a great strategy for the draft challenge, but there is another strategy that you might not have thought of….

Picking the cheaper card in this type of challenge can absolutely screw your opponent over. If you give them a 3 elixir, a 5 elixir, and 2 6 elixir cards, then that is an average of 5 elixir just for your 5 cards. It is nearly impossible to counter when your cards cost that much. Let’s go through some scenarios. 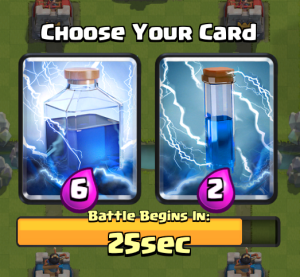 For this exchange, it is an easy decision. Taking the zap for 4 elixir less is a great call because it is cheaper by a lot and much more versatile. 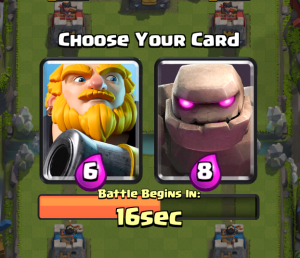 For this one, the royal giant is the right choice to make. It is cheaper, plus it doesn’t require as much build-up to have an effective push. The royal giant can also be used with goblins or another cheap card for the same cost as the golem.

I hope that these two strategies will help you win or at least help you make better decisions in the cards you choose. Thanks a ton for reading and I hope you guys all hit 12 wins in this challenge!