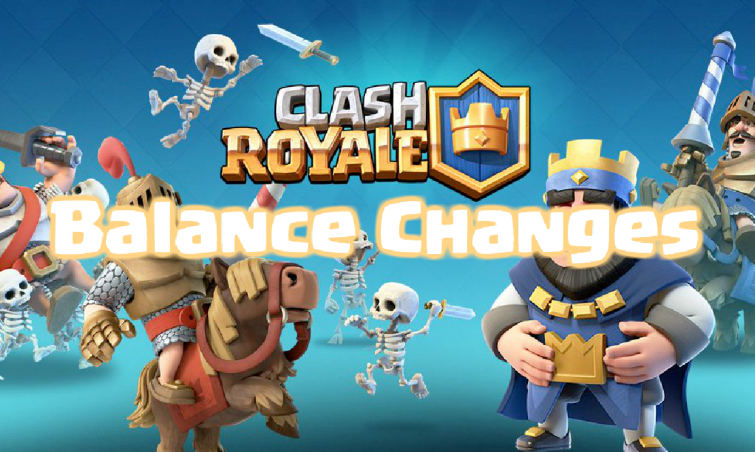 The biggest nerf here is the night witch, which we all saw coming. She isn’t really being nerfed, but her bats are. Also, the actual bat card, which isn’t even out yet, lost one of its bats, down 5 to 4. There were two spells nerfed, the tornado and the log, probably the two best spells in Clash Royale. Tornado gets a time decrease, while the log’s range is nerfed AGAIN. The ever powerful goblin gang was nerfed too, with the third spear goblin being no more. Speaking of losing troops, the skeletons lost Larry again, bringing their total back to 3. Make up your mind Supercell!

Surprisingly, there were also a whole lot of buffs this update. First off, tornado, poison, and heal can now all stack, meaning if you mirror them, their strength will be doubled. The bandit, after being a scary card for a bit, is getting a buff through a HP and dash speed increase. Next up, the inferno dragon, but not sparky, is getting a HP buff, along with a retargeting change. The retargeting change is the big one here, since it takes the ID forever to lock on a new target. The witch also got multiple buffs, trying to put her up to par with the new night witch. And lastly, two of the worst cards in the game, the clone and battle ram got buffs, both that probably won’t help them gain much popularity.

That’s all of the balance changes that will be coming in the Clash Royale June update! Personally, I think Clash Royale hit the right cards here, but am pretty surprised not to see Sparky on here. Thanks for reading and comment down below your thoughts on this round of balance changes!