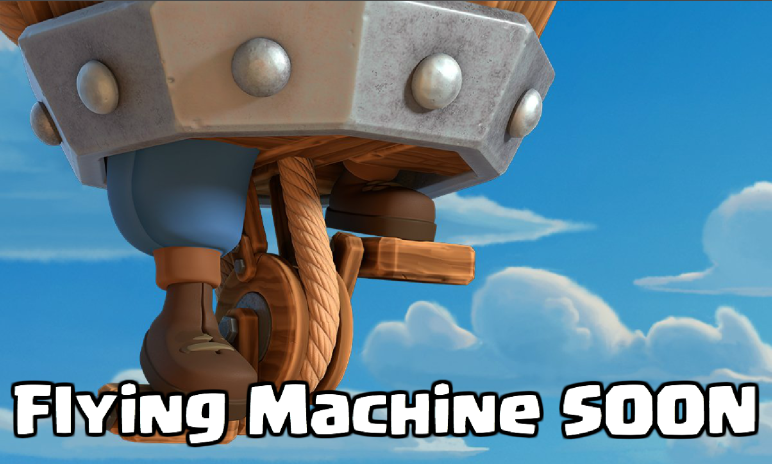 Today, on September 20th, 2017, Clash Royale put out this tweet, signifying that the flying machine is the next card to be released and also be released very soon!

Unfortunately, this isn’t a lot of content, but the important thing is that we know the flying machine will be coming very soon to Clash Royale. I don’t think this card will impact the meta too much, but it is a very neat concept for a rare card. Thanks for reading and comment your opinions of the new flying machine in the comment section below!