Gem rush is finally coming for the first time in Clash Royale, from 12/25 to 12/28. Gem rush was added in the Clash Royale October update, and we are finally seeing it in game. Gem rush can only be played in 1v1, earning you gems for every tower you take! 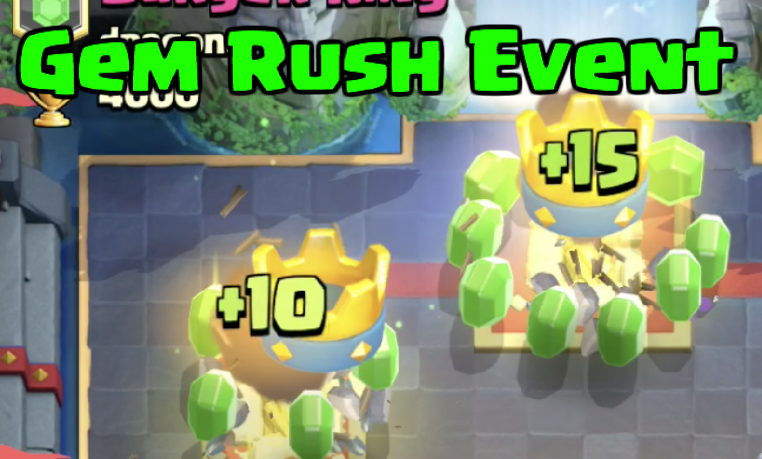 Here’s what the Clash Royale team has to say about gem rush and what its going to be about these upcoming days.

Now how many gems will gem rush give you? It depends on your arena, but for Arena 12 (Legendary Arena), you can get up to 30 gems a battle! You get 5 gems for the first tower, 10 gems for the second tower, and 15 gems for achieving the three crown. You can get a max of 250 gems throughout the entire gem rush event.

This is your chance to earn as many gems as possible, so make sure to play 1v1 during this period! Gems can be used to buy the new chests, so you can start building towards one of these. Thanks for reading and have a wonderful Christmas!