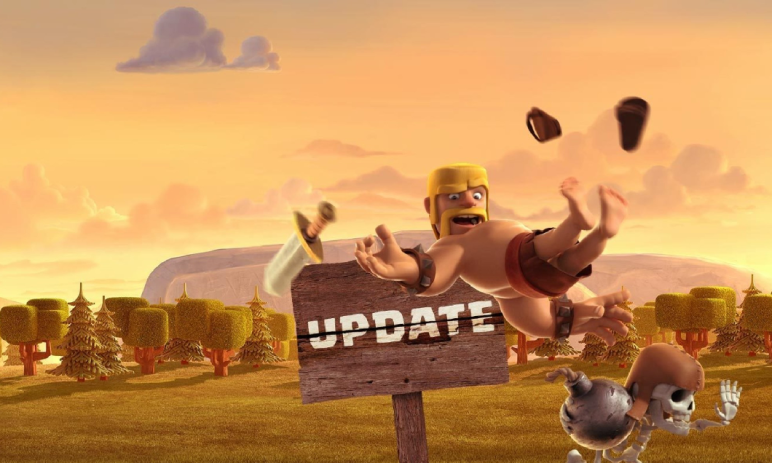 The Clan War Leagues are a brand new competitive Clan War system where one week each month Clans will battle to prove they are the best in the world and climb 18 Leagues and reap amazing new exclusive rewards.

The Tornado Trap releases a vortex, drawing all enemy troops within its range and hindering their progress. Available starting at Town Hall 11

The Goblin Uprising Has Begun!

For many years, the Goblin King’s minions have been silently plotting a return to the Clash world. They’ve returned with a vengeance, bringing an onslaught of new and treacherous challenges for you to conquer!

Training costs have been reduced for the following units:

Gem Donation costs have been reduced for the following units:

And increased for the Giant:

Hitpoints have been adjusted:

Damage per Hit and Shockwave Damage values have been adjusted:

Damage per Second has been adjusted

Other Quality of Life Improvements

This has been an awesome update, with some really great new features coming as well as some spectacular quality of life changes. I’m really excited to see clan war leagues and how those work exactly. Thanks for reading and comment below what you think about the Clash of Clans October update!

One thought on “Clash of Clans October 2018 Update Release Notes”