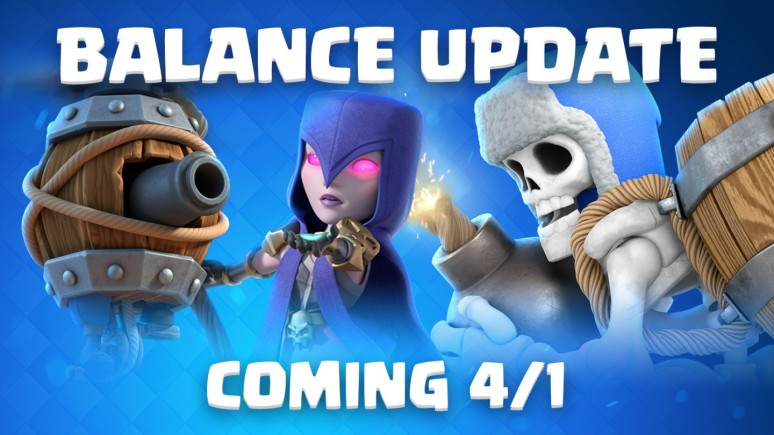 The three cards nerfed here are some of the most powerful in Clash Royale! The flying machine, after a quick rise to the top, is getting a hit speed reduction, which is the perfect nerf. The ram rider, the newest win condition in Clash Royale, will have snare movement reduced to 85% instead of 100%. Finally, the bandit, one of the most popular cards right now, will have a small HP reduction, down 4%.

After the witch fell out of the meta, Clash Royale is trying to bring her back with a mechanic similar to the night witch, with her spawning 3 skeletons. Warning: this might lead her to be completely OP. The giant skeleton, one of the staples of Clash Royale, will be getting a big buff, with a fastest first attack and a heavier mass. Finally the goblin hut is getting messed with again, having a quick spawn speed, which should lead to an extra goblin!

All in all I think that Clash Royale made some great changes, touching on some cards (giant skeleton, bandit) that really needed to be changed up. But they did miss some important cards, as always, but we need to be happy with what they put out. Thanks for reading and comment below what you think about these April balance changes!