The biggest thing that is coming to CoC in the October update are new clan labels! Since global chat is getting canceled, we need a better way to recruit players into the clan. There will now be clan labels, which allow you to choose what pillars your clan stands on.

This means that any player, regardless of if they are in a clan or not, can be invited. There is now a new invite on/off button for players who are happy for in their current clan situations. 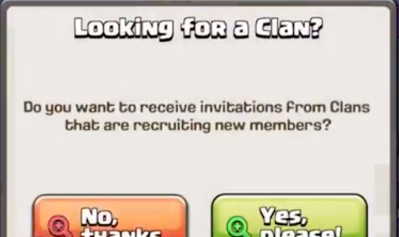 This was extremely vague, but there are going to be some small changes to season challenges to make them more engaging with players.

In a very great quality of life update, Clash of Clans is adding more slots to the quick train, making the grand total up to 6. For these new slots, you won’t have to pay any gems; they are completely free!

There is a new change to clan games so that the players who really go above and beyond can now choose a second reward from one tier if they hit the threshold to deserve another reward.

You might be thinking that this update seems very small, and you wouldn’t be wrong. The developers said that they still have a bunch of Halloween content that they haven’t announced yet and that the December 2019 update will be massive.

Despite being small, I really think that this is a great and quality update that was really needed in Clash of Clans. I’m excited for a new way to recruit players who will really fit in with your clan ideals. Thanks for reading and comment below what you think about the October 2019 update to Clash of Clans!

One thought on “Clash of Clans October 2019 Update News”