Like always the nerfs will be in blue while the buffs will be highlighted in red! 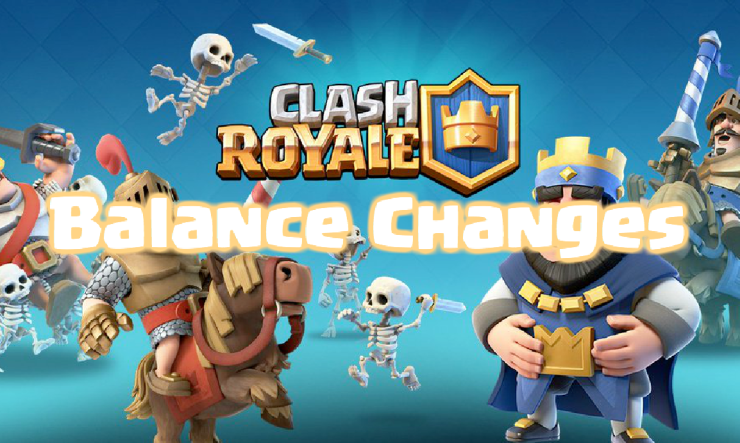 There aren’t really a lot of nerfs in this balance change update, but one of the most exciting is the nerf of the giant. This will take the current OP strategy, giant poison, out of the spotlight and should balance out the game a bit more. Also the lumberjack received a nerf, because the rage did (since rage elixir cost doesn’t matter with the lumberjack).

The biggest change here is the decrease of rage to 2 elixir. I think that we will quickly start seeing the rage spell throughout all levels of the game. The mirror can also now mirror level 14 commons, level 12 rares, and level 9 epics which don’t actually exist in the game. I think that we will see all of these levels eventually. Clash Royale also made the lightning on par with the zap with it now stunning for .5 seconds. Honestly though, you hope to annihilate a medium HP unit, not stun it for .5 seconds. Lastly, the log received a massive buff with it now being able to knock back any ground troop, including the P.E.K.K.A. and golem.

So that does it for these balance changes. Be ready for a massive update to also drop the same date: September 19th, in 3 days. Check back here soon for some new update news!