Two of the cards in this deck were majorly buffed in the latest balance changes which is why the mini PEKKA and ice wizard are the namesake of this giant beatdown deck! The giant is obviously going to be your main tank here, filling a big spot for 5 elixir that can do damage and protect troops. The mini-PEKKA is going to be a great card on defense, but if you can get it to the tower, it will be able to unload some major damage there! Last of the three naming card, the ice wizard is just going to be an all around great player, working well on defense and as a support card to the giant. Remember, he has increased damage, so he will be able to really take out any defending troops!

We also have three other great support/defensive troops within this meta deck. Let’s start with the musketeer, which is one of the most solid and dependable cards in Clash Royale. She can work wonders in behind the giant, also being able to be subbed for the ice wizard very easily. Since we don’t have a lot of splash damage in this deck, the princess is going to fill that role, acting as chip damage and support against the goblin gang, skeleton army, and minion horde. Last of the support units is the ice spirit, which can be played at any time, either on offense or on defense to help you benefit from its stun time.

The last two cards in this giant-mini PEKKA-ice wizard deck aren’t troops but they are just as important. Since you are rocking a giant deck, it only makes sense to have an elixir collector in there, helping generate more elixir when you really need it. Secondly, we also have the zap, which is a great card to include in any deck, due to its ability to kill weak and cheap troops, along with giving you a half second stun!

Pumping Up with Elixir Collectors 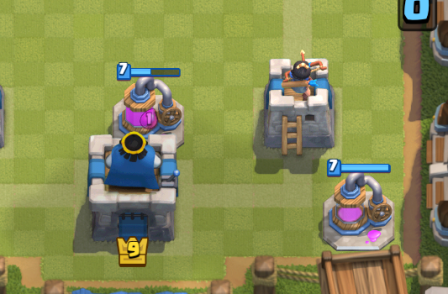 If you have two elixir collectors down, you’ll be able afford defense and offense at the same time which is the key to win battles in Clash Royale!

Depending on the Mini PEKKA and Ice Wizard

The reason why this deck is the most meta deck for this week in Clash Royale is because of the recent buffs to the mini PEKKA and the ice wizard. Because both of these cards have been buffed so much to become almost OP, you are really going to have to depend on them, both on defense and as support cards. First off, you want to use the mini PEKKA to take out big tank units, such as the golem or giant skeleton.

As for the ice wizard, you should use him to support your giant, so that he can defend against flying units, while also slowing them from killing your giant. The slowing aspect is the best part of the ice wizard, but his increased damage also makes him great for killing troops.

Hog Ice Wizard- For the first time, the two buffed units will come in clutch! Just play both the mini PEKKA and the ice wizard to attack the hog; the enemy ice wizard won’t do too much damage.

Golem-Baby Dragon- Because the mini PEKKA deals so much damage, it is actually pretty easy to take the golem out. In this push, you just want to overload your opponent with your support card (musketeer, ice wizard, mini PEKKA) 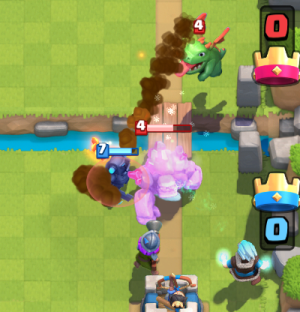 LavaLoonion- There are 3 (4 if you count the ice spirit) air countering troops in your deck, so taking out LavaLoonion isn’t too difficult, especially when one of your support cards slows down the entire push!

X-Bow- X-Bow has been on the rise ever since the latest balance changes and it is usually combined with the mega minion. To beat this combo, all you need is a mini PEKKA for the X-Bow, a musketeer for the mega minion, and an ice spirit to stop the whole thing. 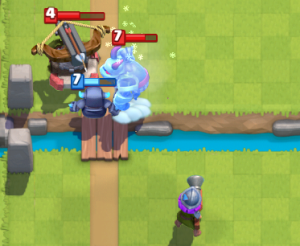 One thought on “Most Meta Deck #18: Giant-Mini PEKKA-Ice Wizard Deck”