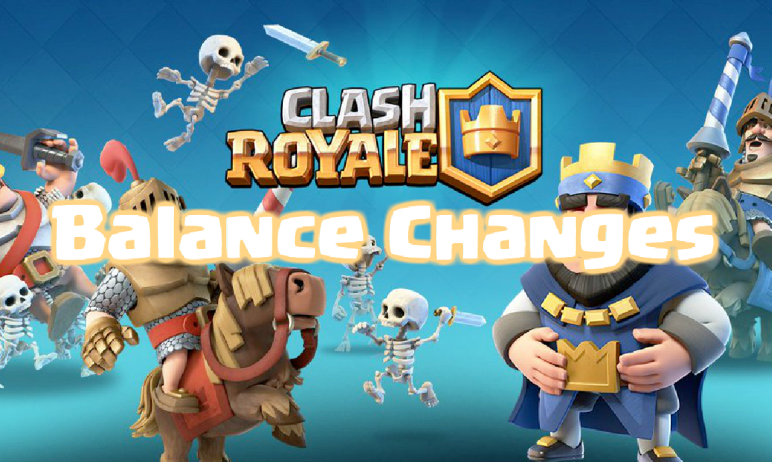 In an all-time first in Clash Royale, we only have buffs in these balance changes. Let’s go ahead and talk about the big one first, the royal giant buff. This is going to completely change royal giant mechanics, but should help use rates while hopefully not making it completely OP. Another giant, the goblin giant, will unsurprisingly get getting a HP buff worth 6%. For the second time in a row, the bomb tower will be getting a damage increase of +5%. This should be to help counter royal hogs easier. A once hated building, the goblin hut, gets a faster spawn speed which is sure to be controversial.

Another buff that we knew was coming, the skeleton army, will be having another skeleton join its ranks. Another buff to the barbarian barrel is here too, with a faster rolling barrel and a quicker spawn for the barbarian. To match the ice wizard buff, the giant snowball with have a duration increase as well as a damage increase. Finally, the community voted to buff the ice wizard, which we see in a duration increase to 2.5 seconds.

A lot of players aren’t too happy with these balance changes and its easy to see why. There are no nerfs whatsoever, even to royal hogs, and most players think the ice wizard buff isn’t deserved. Thanks for reading and let me know what you guys think about the changes in the comments below!